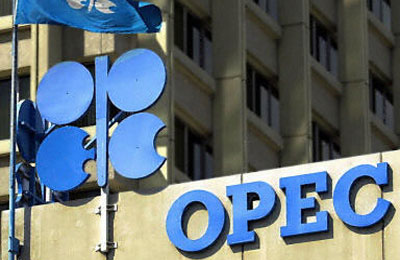 The secretary general of the Organization of Petroleum-Exporting Countries (OPEC), Abdullah al-Badri, said that his organization was planning to lower its production objectives during its upcoming meeting in late November. If so, it will be the first formal decrease in output since the onset of the 2008 financial crisis. Mr Badri met with Russia’s Energy Minister, Alexander Novak, after the price of oil fell below OPEC’s usual level of 100 USD per barrel. The drop will likely further deteriorate the situation in the Russian stagnating economy. Mr Badri added that the current OPEC’s output of 30 million barrels a day would not likely be feasible in 2015 due to rising supplies from countries outside the organization, most notably the United States. The expected production will be 29.5 million next year, he concluded.

The decision to decrease the output by the ‘oil cartel’, as OPEC is often called, is perceived by many analysts as a signal that some countries within the group are becoming anxious about the trend of decreasing prices as a result of more oil flowing into the global market from outside the OPEC. For example, this week, the benchmark Brent crude has slumped to its more than a two-year low – at one point even to under 97 USD – after China logged a significantly lower rate of factory production growth, which troubled the oil market.

Oil prices had already gone down following the resumption of production in Libya, which added to the increasing supply from the United States. The U.S. output is currently at its highest since its shale oil boom began a decade ago. Libya bounced back with 1 million bpd daily despite political instability and ongoing fighting. Moreover, Iraq, OPEC’s second largest oil producer after Saudi Arabia, did not manage to decrease its output either. In contrast, Saudi Arabia said it had already lowered its production by 400,000 bpd daily already in August this year.