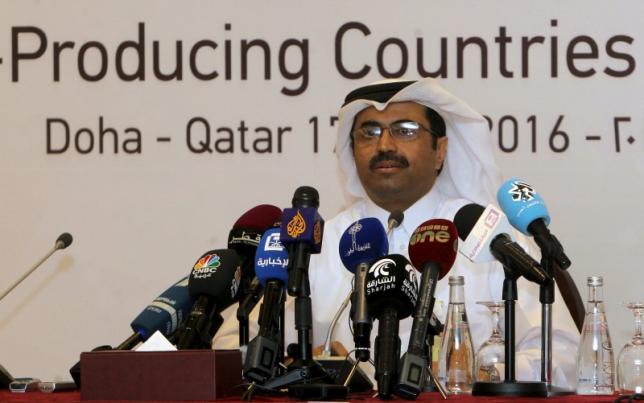 Mohammad bin Saleh al-Sada, Qatar’s Minister of Energy and Industry, said yesterday (8 August) that the oil market was on the path to rebalancing despite the recent drop in global crude prices. “The recent decline observed in oil prices and the current market volatility is only temporary,” he said in a statement and reminded that the OPEC was in continuous talks to stabilize the market. “OPEC continues to monitor developments closely, and is in constant deliberations with all Member States on ways and means to help restore stability and order to the oil market,” he added. Qatar holds the OPEC presidency this year.

The recent fall in oil prices is mostly attributed to the renewed calls of some OPEC members to freeze output in an attempt to curb supply and thus support prices. However, this demand was quickly dismissed by non-OPEC Russia for which this move is not acceptable as it is trying to protect its market share. Iran, who is trying to regain its post-sanctions market share, is also a strong opponent of the production freeze. OPEC countries are about to meet on the sidelines of the International Energy Forum, which will take place in Algeria from 26-28 September.

On the weak prices, Mr al-Sada did not acknowledge the role of the calls for a production freeze but said that it was “more of an outcome resulting from weaker refinery margins, inventory overhang — particularly of product stocks, timing of Brexit and its impact on the financial futures markets, including that of crude oil”. He added that he expected that “higher crude oil demand in third and fourth quarters of 2016, coupled with a decrease in availability, is leading the analysts to conclude that the current bear market is only temporary and that the oil price will increase in the later part of 2016.”