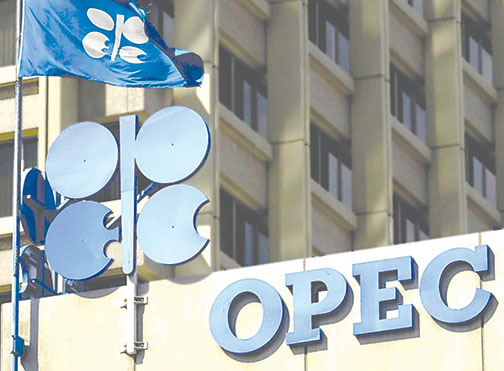 OPEC has recently updated its 2017 outlook for the oil market, taking into account possible consequences of Brexit. The cartel says that the world’s demand for OPEC crude will be higher next year, pointing out to a likely supply deficit. However, the organization has recently also cut its forecast for global economic growth this year, citing higher uncertainty after Brexit, because it believes that growth would probably slow down by the end of December.

“After the UK’s referendum to leave the EU, economic uncertainty has increased,” OPEC said in its report. “Potential negative effects have led to a downward revision of global economic growth in 2016 to 3.0 percent from 3.1 percent.” The International Monetary Fund has also cut its economic growth forecasts following the British vote out of concerns regarding oil prices, which now standing at $47 a barrel have fallen from a 2016 high close to $53 in early June. Global oil demand is forecast to go up by 1.15 million barrels per day next year, which marks a small slowdown from growth 1.19 million bpd envisaged this year.

Oil prices have plummeted by around 50 percent since 2014 in a drop that deepened after the cartel refused to cut production to support prices, hoping that cheap crude would make life harder for high-cost competitors such as the United States. Despite a “dampening effect” of the Leave vote on the world economy next year, OPEC’s 2017 market forecast suggests the strategy is working as it anticipates oil supply outside the group to go further down, helping to boost demand for its own crude. The cartel further estimates that supply from non-OPEC countries will fall by 110,000 bpd in 2017 after a 880,000-bpd drop this year while oil production from OPEC rose in June.