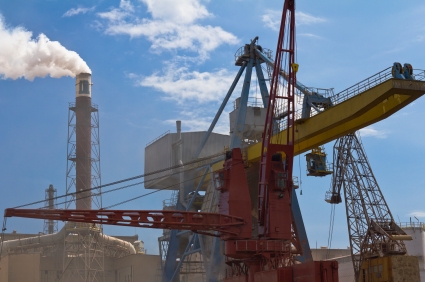 A report published recently by the Intergovernmental Panel on Climate Change (IPCC) argues that phosphorus is at risk of depletion by the end of the 21st century. Increasing uncertainties about the future prospects for phosphate rock mining suggest that the price of phosphate is to rise in the long run. Even if the phosphate market manages to endure short term price fluctuations, in the long run, it is thought to bring more bullish prices given the proliferation of warnings about the risk that the commodity markets would soon run out of phosphate.
This is, however, not the only worrying factor contributing to a piecemeal growth of the phosphate price. In addition to the risk of depletion, there is also a geopolitical obstacle. Phosphate reserves are located in very few countries, such as Syria, Tunisia, Jordan, China, Morocco, and the United States, whereby all of these mostly address only their own needs. Yet, about three quarters of the global reserves are located in Morocco, most of which is located in the disputed region of Western Sahara. The second largest reserves are believed to be in Jordan, but unless other reserves are found, these two MENA economies can enjoy a monopoly over the commodity. In light of these two factors, the world’s demand for phosphate rock can only soar in mid to long-term, if the dietary needs of growing populations in emerging countries are to be met. Last but not the least, there is also a rising use of biofuels around the world, which will likely further fuel the demand for the phosphate rock, thus effectively driving its price up.