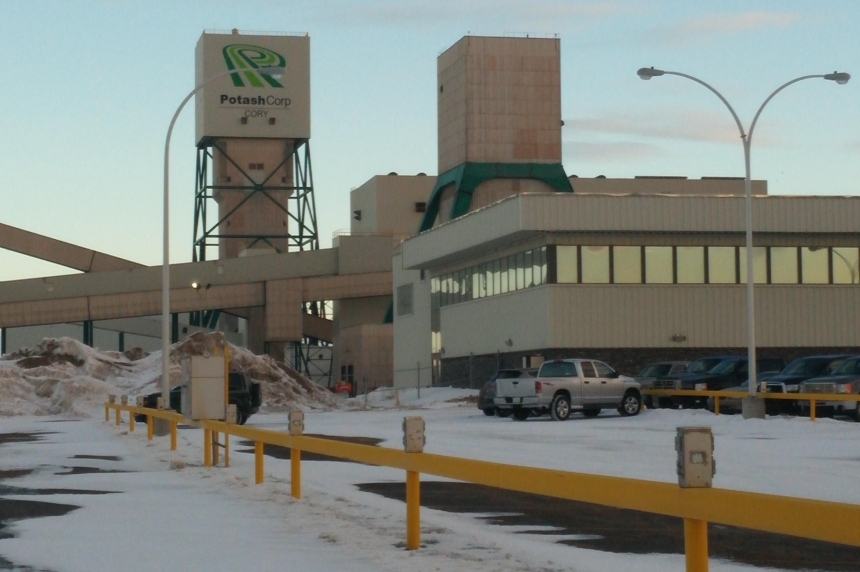 Potash Corp of Saskatchewan is to cut 100 full-time and 40 part-time jobs at its potash mine in Cory, Saskatchewan, as it keeps on struggling due to low potash prices. Being the world’s largest fertilizer producer, the company has been hammered by plummeting prices as a result of potash supply glut around the world. Downsizing is only another of the series of measures that the potash producer has undertaken to withstand the harsh market conditions.

The company had already cut output and focused on its lowest cost mines. It is also looking for potential synergies by merging with rival fertilizer producer Agrium Inc, which has a direct retail network. Potash Corp also announced earlier this week that it would freeze production at the Cory mine at 0.8 million tons annually from 1.4 million. It will also trim production at its Lanigan mine in Saskatchewan starting in January and it is yet to be decided how many layoffs will follow.

Andrew Wong of RBC Dominion Securities commented that Potash Corp’s layoffs would “help keep potash markets in balance,“ while also cautioning that market over-supply would still continue thanks to the additional capacity from Rocanville and output from a new Saskatchewan mine owned by Potash Corp’s competitor K+S AG. Rockaville is Potash Corp’s low-cost mine in Saskatchewan whose expansion is expected to add about 2.8 million tons a year of new production capacity.

Potash Corp said that the laid-off workers at the Cory mine will be given severance and help in finding new jobs. “This is a difficult day for our employees and their families, and we are committed to helping those affected through the transition,“ Mark Fraccia, President of PCS Potash, commented.