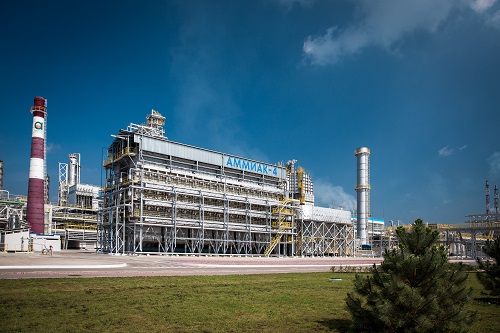 AGRIMIN, a Western Australian based minerals company, has signed a Negotiation Protocol with Kimberley Land Council Aboriginal Corp. on behalf of the Tjurabalan Native Title Lands Aboriginal Corp. RNTBC (TNTLAC), the registered native title body corporate for the Tjurabalan native title holders. The Negotiation Protocol will govern the conduct of negotiations in relation to an agreement for the construction and operation of Agrimin’s proposed haul road, whilst preserving the native title rights and interests of the Tjurabalan People. Agrimin’s proposed 350 km haul road, which will connect Lake Mackay to the Tanami Road, passes through three native title determination areas. During the first half of 2021, the company completed heritage surveys across all three native title determination areas to obtain heritage clearances for the proposed disturbance envelopes covering the haul road and associated infrastructure such as borrow pits, water bores and communication towers. Agrimin intends to lodge Miscellaneous Licences and finalize approvals for the haul road in parallel with Front End Engineering Design works that are currently underway.
AUSTRALIAN POTASH, a company engaged in the exploration of mineral properties in Australia, is aiming to make its Lake Wells project the lowest carbon dioxide emitting sulfate of potash (SOP) project in the country. Lake Wells, located in the north-eastern Goldfields region of Western Australia, is Australian Potash’s flagship project and contains the largest JORC compliant Measured SOP resource in Australia at about 18.1 million t. Lake Wells is positioned to be the lowest carbon dioxide emitting SOP project in Australia, with its K-Brite* SOP products serving as a greener alternative to SOP produced using energy-intensive Mannheim production methods. The Mannheim SOP process involves the reaction of potassium chloride (or MOP) with sulphuric acid and accounts for 50 to 60% of the global production of SOP. The Lake Wells SOP project’s green credentials are supported by a renewable hybrid power solution, which will generate a base-case 63% renewable energy fraction (REF) rate with a pathway to 69% REF through battery energy storage system build-out.“Australian Potash has invested a lot of time and modelling into developing a greener alternative to Mannheim production methods,” the company’s Managing Director and CEO, Matt Shackleton said.
ACRON GROUP, a global Russian mineral fertilizer producer, is accelerating construction of the Talitsky potash mine in Perm Krai and increasing the project’s planned capital investments for 2021 and 2022 from US$60 million to US$222 million. Shafts are currently being reinforced and finished, construction of a motorway is near completion, and construction has started on the Ural 220/10/6 kV main step-down substation. The Group is also holding tenders to select the main equipment suppliers and contractors to construct the mine’s facilities, surface complex, and external infrastructure facilities. The project has Russian government support because its implementation will improve the regional economy.”In the current circumstances, we believe it is possible to accelerate construction to obtain the first batch of the product in 2025,” Alexander Popov, Chairman of Acron’s Board of Directors, commented. “Prior to the acute phase of the Covid-19 pandemic, we managed to dramatically improve the Project’s risk profile by finalizing the sinking of the shafts. Now, we can conduct construction operations both underground and on the surface at the same time.