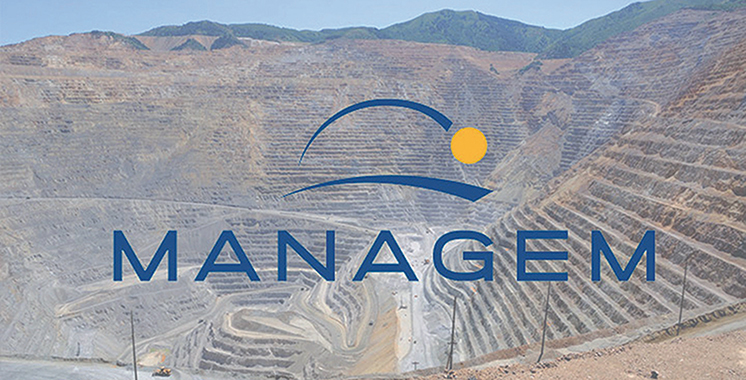 EMMERSON, a UK-based company whose primary focus is on developing the Khemisset Potash Project located in Northern Morocco, has announced it has awarded the balance of the basic engineering scope of Khemisset outside of the Mineral Processing Facility to Reminex S.A., the engineering arm of the Moroccan mining company Managem Group. The award of this scope to Reminex enables the completion of the entire project basic engineering. Reminex has also partnered with the Canadian engineering firm BBA to add a further level of due diligence on design assurance, operational readiness, and risk management. This configuration allows the company to design the project infrastructures in compliance with Moroccan requirements whilst also benefiting from the additional experience of an internationally renowned partner. Further to this, the company intends to engage into a long-term technical partnership of its own to undertake similar functions during the upcoming EPCM phase. The scope of works included the following packages: water supply solution to mine site, power supply solution to mine site, mine site access including highway junction, mine site infrastructure, portal & access declines, tailings storage facility.
KORE POTASH, a UK-based advanced stage mineral exploration and development company, has announced it expects completed optimization study report and an Engineering, Procurement and Construction (EPC) contract proposal for Kola potash project in the Republic of Congo by end of 1Q22. The process to potentially finance the construction of the Kola potash project is progressing in line with the Memorandum of Understanding (MoU) signed with the Summit Consortium in April 2021, according to the company’s statement. Kore Potash has also said it expects to receive the Consortium’s financing proposal for the full construction cost of Kola 60 days after the successful completion of the study. During the quarter, the company’s management continued to brief potential offtake partners with the capability to procure all the planned Kola muriate of potash (MOP) production. “The first half of 2022 is set to be a very busy period for Kore … We are looking forward to the completion of the financing phase and being able to move rapidly into the construction of Kola,” Brad Sampson, CEO of Kore Potash, commented.
NUTRIEN, the world’s largest provider of crop inputs, services and solutions based in Saskatoon, Canada, has said that it could boost production by up to 29% in coming years, depending on any sanctions facing rival producers in Russia and Belarus. Prices of granular potash fertilizer are near 10-year highs in the US and Brazil, helped by Western economic sanctions against Belarus. Russia, home of Uralkali and EuroChem potash mines, faces possible economic sanctions if it invades Ukraine. Uralkali and Belarus Potash Co. (BPC) together account for more than one-third of global potash sales, according to BMO Capital Markets. Soaring fertilizer prices have cut into farmers’ incomes and contributed to global food inflation. Additional potash production may slow rising costs. Nutrien could restart up to 4 million t of idled annual capacity in Saskatchewan, Canada, in coming years as it assesses the long-term outlook for sanctions against competitors, Nutrien’s interim CEO Ken Seitz has said. “If these are short-lived events, we don’t want to spend all kinds of money staffing and opening up ground,” he said. “If this is going to be a longer-term problem for the market, we will absolutely do that. As a first step in raising production, Nutrien may raise output by 700 000 to 1 million t in the second half of 2022 at low expense, Seitz said, reiterating comments he made last year. Nutrien currently produces nearly 14 million t, representing 19% of global sales.