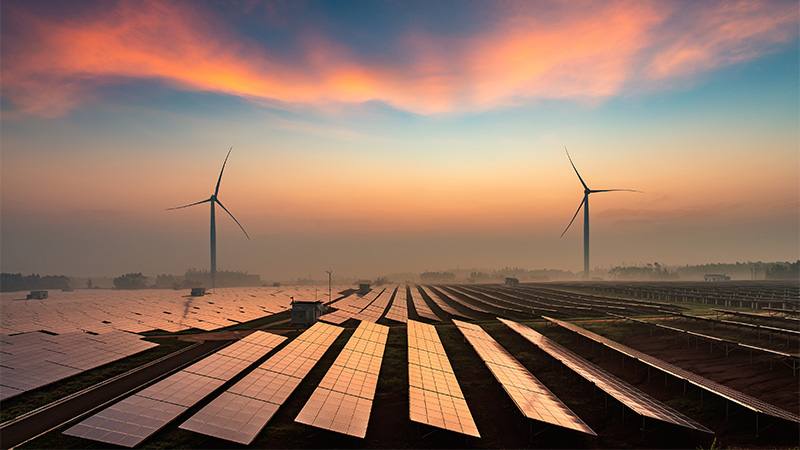 As North Africa is one the regions that are most affected by climate change, the energy transition — with its implications in terms of climate change mitigation and adaptation — has become a key component of the policy agendas of several countries in the region. North Africa is a very diverse region from an energy perspective, but energy demand and the consumption of fossil fuels is rising in every country, along with the related CO2 emissions, drawn by rising demographic trends, rapid urbanization, and economic growth. While Algeria, Egypt, and Libya are net exporters of oil or natural gas, Morocco and Tunisia are heavily dependent on energy imports. As each of these five countries has a different energy mix and different sources of electricity generation, also their respective paths towards a clean energy transition have a different impact on each of their economies and societies.
The five North African countries have all signed the Paris Climate Accords and approved plans for their clean energy transition. With the exception of Libya, they all have now established ministries devoted to the green energy project. In the last decade, the region has boosted its renewable electricity production by 40%, driven by the expansion of solar PV, solar thermal and wind power. While Morocco and Egypt have powered ahead, Algeria, Tunisia, and Libya have undertaken the transition to renewables energy with less emphasis and its implementation experiences delays. Morocco is the most advanced country in terms of renewable energy share of electricity capacity and in the promotion of the energy transition, while Egypt has the highest amount of installed renewable energy and ambitious targets for its increase. Although an overall significant progress has been recorded, the share of modern renewables in final energy consumption remains limited — it varies from 0.2% in Algeria to 7.6% in Morocco.
In Morocco, the energy transition has been supported at the highest level by concerted government strategies and policies since its first inception. It is a pillar of the economic modernization effort of the monarchy, and it has been accompanied by a specific set of institutions. The increasing deployment of renewable energy sources is among the goals identified by the ‘New Development Model’ of the country. In fact, Morocco’s policies and pledges are close to following the goal of limiting global temperatures to 1.5°C, for which the country is now recognized as one of the pioneers of the energy transition in Africa. Over the past twenty years, Morocco’s share of renewable energy, wind, solar and hydro electricity generation, rose from 6% in 2000 to 19% in 2020, a percentage similar to that of France and Tunisia. The country has also achieved a respectable progress when its installed renewable energy capacity reached about 37% in 2020, just short of the target of 42%.
In the decade following the adoption of the National Energy Strategy in 2009, which aimed to strengthen its power supply security by diversifying its energy mix, Morocco has worked to provide the legal and regulatory frameworks necessary for deploying its broader transition strategy, focusing on market creation. The Moroccan Agency for Sustainable Development (MASEN), for example, has been set up to be in charge of piloting renewable energy in the country, including the Noor Complex project, considered as one of the largest Concentrated Solar Power (CSP) plants in the world. To facilitate the process of diversification of its energy mix, Morocco also undertook a wide-ranging reform on energy subsidies. By eliminating subsidies on gasoline and fuel oil and diesel entirely in 2014 and 2015, the government succeeded in freeing up significant fiscal space by which investments could be redirected to renewable energy sources.
Building on its achievements in energy transition, Morocco is determined to give new impetus to the latter and thus play a vital role in the fight against climate change in Africa. The country has therefore revised its Nationally Determined Contribution (NDC) in June 2021 by increasing its emissions reduction targets from 42% to 45.5%, also by including an unconditional reduction target of 18.3% instead of 17%. Therefore, a rapid energy transition has the potential to make Morocco a benchmark country in decarbonized energy production and also a world leader in new clean technologies, notably green hydrogen. While encouraging prospects exist in Morocco and ambitious roadmaps are being developed, technical limitations (conversion, transport, storage, loss of ecological value) need to be overcome before the country will be able to export green hydrogen. As North Africa is an important transit corridor between Europe, Africa, and the Middle East, the energy transformation also provides Morocco with an opportunity to strengthen collaboration with other countries in the wider Mediterranean region so as to accelerate the energy transition in the area.