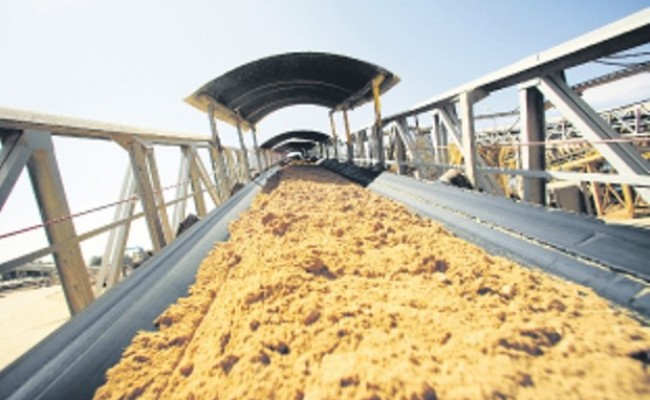 EMMERSON, whose primary focus is on developing the Khemisset Potash project located in Northern Morocco, has said that the environmental approval process for the project is reaching completion. In a statement, the company said that all technical work has been completed, submissions made, and a review meeting has been held with the Environmental Evaluation Committee (EEC). It is now awaiting final approval to be called for the evaluation meeting by the EEC, expected to be received imminently, subject to COVID-19 restrictions in Morocco. Emmerson has also lodged applications for the renewal for the remaining research permits that were not part of the Mining Licence area, with a positive outcome expected in 3Q21. “Excellent progress has been made on many fronts as we look to fast-track the project to production and take advantage of the strong potash market fundamentals, particularly in Africa given we are ideally located to supply this market,“ Graham Clarke, CEO of Emmerson, commented.
SOUTH HARZ POTASH has selected H. Angers Söhne Bohr- und Brunnenbau (Angers) to drill the first of two planned twin holes at its Ohmgebirge project in Germany. Their appointment facilitates the submission of the supplementary details required as the final step in the first hole’s regulatory process. Following a successful permitting application, which has been guided by potash specialist consultant Ercosplan (as the successor of the former Kali-Ingenieurbuero Erfurt) and having secured drill rig availability, drilling of the first hole is expected to commence in 4Q21. The first of two confirmatory drill holes is located within the Ohmgebirge Mining Licence area, close to the village of Haynrode. SHP is already in possession of a large database of drillhole information for its licence areas, including Ohmgebirge and requires only a minimum of confirmatory drilling in order to elevate the JORC status of each. Geotechnical ground surveying is currently ongoing in preparation for drill pad construction.
TRIGG MINING, an Australian resources exploration company, has announced the completion of a successful lake trenching and test pumping programme at its Lake Throssell sulfate of potash (SOP) project, located east of Laverton in Western Australia. The programme has been completed with the aim of estimating the aquifer properties, including drainable porosity (specific yield) and hydraulic conductivity, for the upper section of the lake surface aquifer. This aquifer would be the target for initial production from a trench network. The trenching programme has covered the surficial aquifer extent within the core tenement E38/3065. “The lake trenching and test pumping program has delivered highly encouraging results, providing invaluable data on the key characteristics of the surficial aquifer. Work is now underway on a maiden Indicated Resource, which represents a critical input to our ongoing Scoping Study work,” Trigg Mining Managing Director Keren Paterson commented. The programme consisted of two trial trenches and seven test pits distributed across the current resource. The trenches were 100 m long and were surrounded on all sides by a number of monitoring pits.