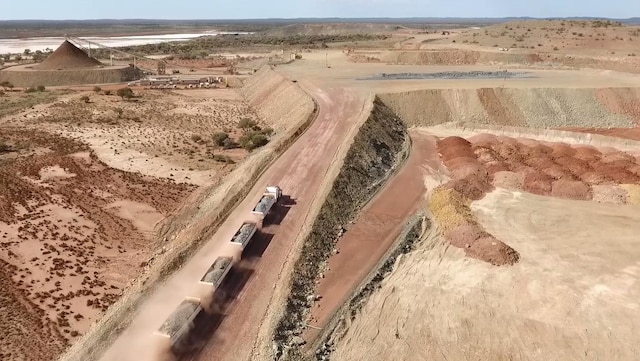 KORE POTASH, a mining company incorporated in the UK, has announced that the process to potentially finance the construction of the Kola potash project in the Republic of Congo is progressing in line with the Memorandum of Understanding (MoU) signed with the Summit Consortium in April 2021. The company said that it expects to receive a completed Optimization Study Report and an Engineering, Procurement and Construction (EPC) contract proposal for the construction of Kola by the end of 1Q22. Kore Potash has also said it expects to receive the Consortium’s financing proposal for the full construction cost of the Kola project 60 days after the successful completion of the study. During the quarter, Kore Potash management continued to brief potential offtake partners with the capability to procure all the planned Kola muriate of potash (MOP) production. “The first half of 2022 is set to be a very busy period for Kore particularly with the imminent completion of the Study and receipt of the EPC proposal for our flagship Kola potash project,” Brad Sampson, CEO of Kore Potash, commented. “We are looking forward to the completion of the financing phase and being able to move rapidly into the construction of Kola.”
AGRIMIN, a Western Australian based minerals company, has successfully completed the requisite site-based Front End Engineering Design (FEED) test work to support Royal IHC’s detailed design for automated wet harvesting equipment for the Mackay potash project. As part of the FEED works relating to the wet harvesting equipment, Agrimin has now completed a comprehensive test work program within the pilot evaporation ponds located on Lake Mackay. The Definitive Feasibility Study (DFS) phase then gathered minerals that provided a good quality, representative substrate to test the wet harvesting equipment design at a pilot scale as the mineralogy mix is comparable to that expected during commercial operations. The test work program gathered critical data on the cutting forces required to break the potassium bearing salts under varying cutting depths and speeds. Importantly, this data has supported the key design parameters that were applied in DFS. The overall FEED phase for the Mackay potash project continues to advance well with multiple work streams underway, in parallel with finalizing the project’s approvals, offtake and financing.
SOUTH HARZ POTASH, which is building Western Europe’s largest potash inventory in Germany’s South Harz potash district, has announced that drilling has now commenced on drill site OHM-02, the first of two confirmatory holes located within the flagship Ohmgebirge Mining License (Ohmgebirge). Located in the area of the company’s South Harz Potash Project, this hole is scheduled to be completed in early February and will be assayed for chemical composition immediately once core is withdrawn. Activities at the second confirmatory drill-hole, OHM-01, are set to commence next week with the construction of the drill-pad. Due to a local shortage of building materials and the unpredictability of weather conditions, construction of the drill-pad is now expected to extend until the second week of March. As a result, drill-hole OHM-01 is now expected to be completed in late April. Drilling and assay of these two confirmatory drill-holes is targeted to allow South Harz to upgrade a substantial proportion of the current Ohmgebirge JORC (2012) Inferred Mineral Resource estimate to the Indicated category. Subject to concurrent and satisfactory advancement of all modifying factors, this is expected to allow the release of a comprehensive Scoping Study (a preliminary technical and economic assessment) for Ohmgebirge, which is now scheduled for completion during May 2022 (previously late March 2022).