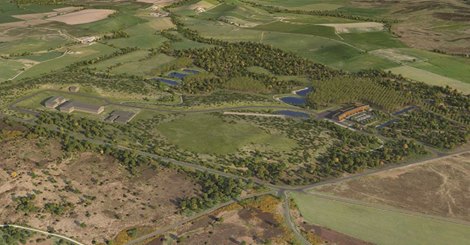 The proposed potash mine near Whitby in North Yorkshire has been given a greenlight by local authorities. Ryedale District Council and Scarborough Borough Council “wholeheartedly” embraced the project saying that the £1.7bn potash mine would transform North Yorkshire’s economy. Linda Cowling, the Head of Ryedale District Council, added that the project was “a huge opportunity to grow the economy”.

The authorities said that the project was the biggest inward investment in the region for years and it would therefore be instrumental in the efforts to diversify the economy of North Yorkshire. Developer Sirius Minerals would like to construct a 37-km tunnel to a processing plant in Teesside. The North York Moors National Park Authority will process the planning application at the end of June. Derek Bastiman of the Scarborough Borough Council recognized that the project would have “the significant impact on transforming the short and long-term economic prospects of our communities through the creation of new jobs, supplier chain opportunities and inward investment, both during construction and once operational”.

CEO of Sirius Minerals, Chris Fraser, said that the project would boost employment by creating at least 1,000 permanent jobs. It is believed that the mine will offer opportunities mostly to young people by making it possible for them to forge their careers in their home district. He also noted that “when it is at full speed, this project will boost the economy of North Yorkshire by 10 percent”. Earlier this month, an independent study commissioned by the North York Moors National Park revealed that the Whitby mine would cost the local tourism industry £10m a year during construction and further £5m a year to the tourism industry.