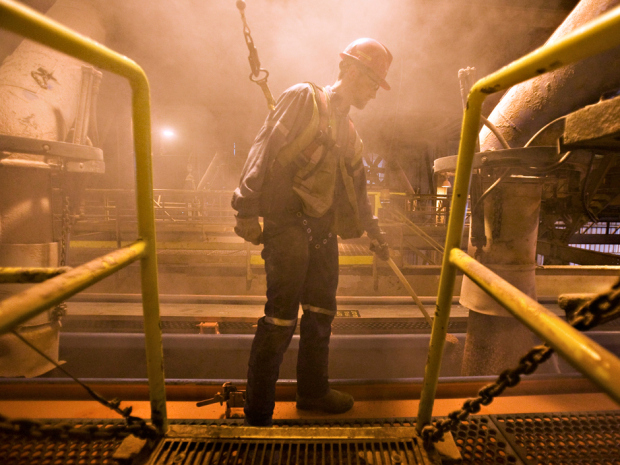 Potash Corporation of Saskatchewan is going to reveal its first quarter earnings on Thursday (30 April) amidst the projections of a profit of 50 cents a share, which would be an increase by 12 cents per share compared to a year ago. For the fiscal year, analysts are predicting earnings of US$2.06 per share and revenue to go down by 1 percent from US$1.68 billion a year ago to US$1.67 billion for the quarter.

Over the last four quarters, the company’s revenue has slumped by an average of 3 percent year-over-year with the most substantial drop in the first quarter when the revenue went down by 20 percent compared to the same quarter year earlier. The profit went up again in the fourth quarter while net income soared as well by 20 percent.

After solid performance in 2014, PotashCorp stated that it started this year with a fairly good outlook despite sluggish economic growth in non-US markets, which continues to have a negative impact on the global outlook. The company anticipates potash shipments to be lower in 2015 than last year. In 2014, shipments stood at record high with 61 million tons. This year, forecasts speak of 58-60 million tons.

Potash Corporation of Saskatchewan, also known as PotashCorp, is the world’s biggest potash producer and the third largest producer of nitrogen and phosphate. In 2011, the company controlled about 20 percent of the global potash manufacturing capacity. PotashCorp’s rival, The Mosaic Company, a combined producer and marketer of concentrated phosphate and potash, will also reveal its performance for the first quarter today. Analysts predict earnings of US$0.75 per share, an increase by 39 percent from 2014’s US$0.54 per share.