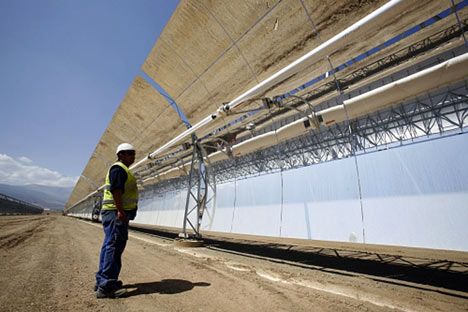 North Africa is slowly running out of electricity due to rapidly growing population and the fast-paced industrial and economic expansion. Analysts predict that this could easily turn into a big problem if power reforms are not undertaken and implemented in time. The latest research by business intelligence service MEED suggests that North African countries like Algeria, Egypt and Libya will all be in a great need of additional capacity by 2020.  The 2017 MENA Power study further reports that the region’s governments have targeted increasing diversification in their power sectors to improve energy security and decrease the reliance on gas imports.

As governments also cut budgets, yet another essential shift needs to be done – the move towards private investment and privatization in the production of electricity. The MENA region has also moved more towards the process of integrating renewable energy into development programs, which have seen a sharp rise in the area. The 2017 MENA Power report states that more than 60GW of green energy are already being planned for to meet future demand for electricity throughout the Middle East and North Africa. This has been also helped by a major decrease in photovoltaic (PV) solar technology costs, which have plummeted by 80 percent since 2007. In addition to renewables, state utilities are also promoting plans for alternative energy, from nuclear power to clean coal.

The biggest push for more power reserves comes from Egypt due to rapidly growing population and economic growth. In contrast, Libya is in a big need of newly built units and power infrastructure due to the aging power network that has moreover deteriorated greatly due to the ongoing conflict. Morocco and Tunisia will also face the challenge of meeting growing demand and the reserve margins will be under pressure.