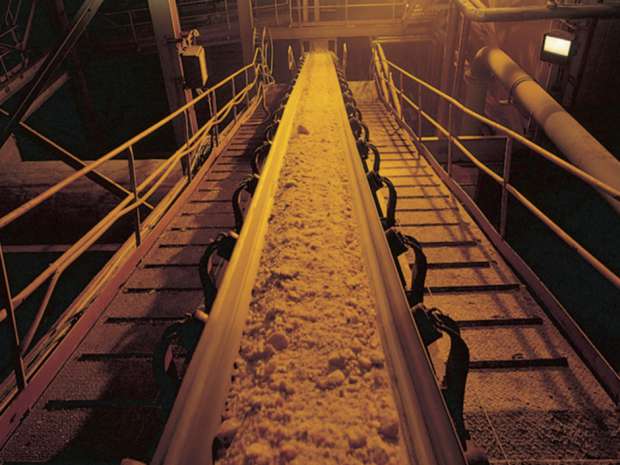 Potash Corp of Saskatchewan’s said been able to leverage increased potash sales volumes and thus report a higher-than-expected rise in quarterly profit, making up for weak phosphate prices. Potash prices have been prompted up modestly since last year but are still low due to the weakening farm incomes and bloated capacity. The Canadian potash giant improved its forecast for full-year profit to C61-C88 cents per share, from the C47-C75 cents it previously forecast. The company has also raised the lower end of its estimate for 2017 potash sales to 8.9 million tons from the previous 8.7 million ton, keeping the upper end at 9.4 million tons.

“We expect improved consumption trends and nutrient affordability in key markets to support potash demand and our results through the remainder of 2017,” Potash Corp’s CEO Jochen Tilk said in a statement last week. Mr. Tilk also commented on the planned merger of Potash Corp and its competitor Agrium Inc. that was announced last year in September by saying that his both companies “continue to work through the regulatory process in key jurisdictions and remain confident the transaction will close mid-2017”.

The merger with Agrium Inc. would combine Potash Corp’s fertilizer capacity, the world’s largest, and Agrium’s farm retail network, North America’s biggest. Potash Corp’s net earnings increased almost twice to C$202 million, or 24 cents per share, in the first quarter of this year, beating the average estimate of 15 cents. Cost of goods sold went down by 16 percent to C$965 million. However, total revenue fell 8 percent to C$1.51 billion, despite a 13.4 percent rise in potash sales.