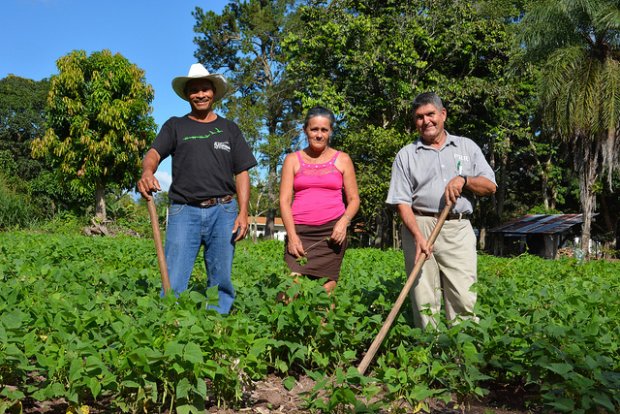 Latin America’s agricultural sector has tremendous potential for fertilizer business. Latin America, stretching from Mexico to the southern tip of Argentina, is home to over 650 million people. Agriculture is a significant part of the region’s economy, accounting for an average of 4.7% of GDP. Crops cover approximately 190 million ha., and pasture a further 570 million ha. Major crops and livestock include corn, wheat, soybeans, coffee, fruits and vegetables, pork, beef and poultry. The region is also a major exporter of foodstuffs – in 2017, its agricultural trade surplus stood at US$104 billion. However, Latin America’s population is also growing at a rate of slightly more than 1% and is expected to reach 1 billion people by 2050. While the nature and output of each country’s agricultural sector varies widely, one aspect is universal – access to both fertilizers and expert agronomic advice is essential to meeting their needs.
Mexico is one of the three agricultural powerhouses of Latin America, along with Brazil and Argentina. NPK fertilizer consumption in Mexico has more than doubled since 2008, from 53 kg/ha. to over 110 kg/ha. in 2017. Annual nitrogen fertilizer consumption for the latter year stood at 1.5 million t, potash at 262 000 t, and phosphate at 379 000 t. Mexico has approximately 2 billion t of phosphate bearing rock, primarily in sediments in Baja California. In 2017, it produced almost 2 million t. Bacanora Lithium, a mining company with a major lithium and potassium sulfate deposit in the northeast of the state of Sonora, intends to use an evaporation and crystallisation system to produce 30 000 tpy of sulfate of potash (SOP). As to urea, Pemex purchased, in 2014, two idle urea plants with a total capacity of 1 million tpy, but technical difficulties and natural gas feedstock bottlenecks stunted ammonia production. Proman Group, based in Switzerland, has been advancing a world-class greenfield ammonia plant on the west coast of Mexico for several years.
Brazil is Latin America’s leader in agriculture by a fair margin. The sector has experienced a growth rate averaging 4.1% over the last 25 years. Brazil’s success has been attributed to a combination of sound fiscal and regulatory policy as well as decades of R&D into finding the best available use for its land. Over the last several decades, EMBRAPA, the largest agricultural research institution in Latin America, helped transform the country’s vast prairie lands by introducing modern fertilizer and no-tillage technologies as well as livestock breeds and plants suitable to the soil and weather conditions. Much of Brazil’s agricultural success is due to the optimised use of fertilizer. In 2017, the country consumed 4.8 million t of nitrogen fertilizer, 6.5 million t of phosphate fertilizer and 5.8 million t of potash. The intensity has risen from 126 kg/ha. in 2006 to over 186 kg/ha. in 2017, which is well above the world average of 140 kg/ha. US-based Mosaic operates five phosphate mines – previously owned by Vale – in the country with a capacity of 4.8 million tpy.