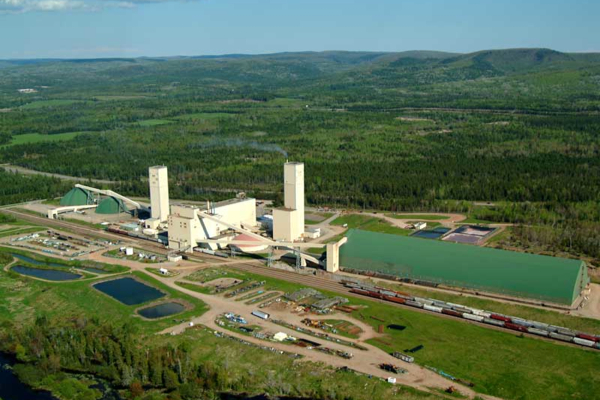 Red Moon Potash Inc., the company that owns 100 percent interest in 1455 mineral claims (89,884 acres) in the Bay St. George Basin of Western Newfoundland, part of the regional Maritimes Basin, has announced that it has successfully drilled the second hole of its exploration program “Captain Cook” in the area. The so-called CC#5, which was drilled to a total depth of 632 metres containing three potash zones, encountered a gross interval of 225 metres of salt (halite). The core from both CC#4 and CC#5 is being logged and sampled for potash and salt analysis. The hole referred to as CC#5 is 1000 metres east of hole CC#1 and shows the extensive nature of the salt beds. Drilling to extend 2.5 kilometres in a northeast-southeast direction has now proved the presence of the salt deposit. Seismic evidence suggests that much larger resource areas are present in the region.

The Captain Cook project combines both potash and salt and is located near an airport and deep water ports. The project is delineating an evaporate package of rocks analogous to the area of potash and salt mines in the Sussex Basin of New Brunswick. Red Moon Potash Inc. is a subsidiary of Vulcan Minerals Inc. The latter discovered a potash zone in the Bay St. George during the course of petroleum explorations. Red Moon’s intention is to further explore and eventually develop the existing Captain Cook potash discovery as well as other potash and salt areas nearby. The objective of the ongoing drilling campaign is to determine the probability of the existence of a commercial potash or salt deposit. If drilling results are favourable, they are expected attract investors with financing and development plans.