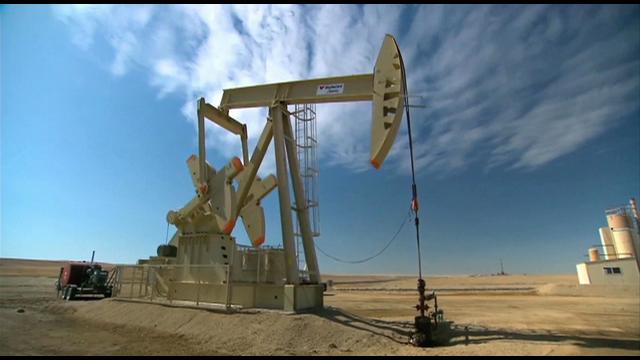 The number of wells drilled in North Dakota has risen to reach 15,000 for the first time, underlining the rapid development of the Bakken shale formation, where as much as 1 million barrels of oil is extracted monthly. The threshold of 15,000 that happened for the first time earlier this month triggered off additional funding of almost 590,000 USD from the state’s budget to hire new oilfield inspectors. The Bakken formation is a rock unit occupying about 520,000 km2 of the subsurface of the Williston Basin, underlying parts of Montana, North Dakota, Saskatchewan and Manitoba. North Dakota’s Bakken formation is among the most prolific ones in the world, producing more than any other U.S. state and even some OPEC countries. The number of wells in North Dakota, including oil, gas but also saltwater, has soared in last ten years as Whiting Petroleum Corp, Hess Corporation and other gas and oil producers have spent a substantial amount on drilling projects and technological improvements.

To respond to the breakneck pace of production, Governor Jack Dalrymple set an objective two months ago for North Dakota’s pipeline capacity to nearby double by 2016 to 1.4 million barrels of oil daily. The newly hired inspectors should guarantee that safety standards are followed especially during the times when the entire industry is struggling to achieve the ambitious objective. According to Alison Ritter, a spokesperson for the state’s Department of Mineral Resources, the postings for the positions are open in Minot, Williston, and Dickinson, three oil-rich cities in Western Dakota. The three new employees will join 32 other inspectors in the field.