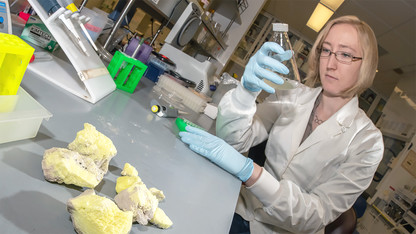 A University of Nebraska-Lincoln (UNL) team is working on a research to reduce the use of nitrogen fertilizer without sacrificing the overall yield. Nitrogen was the key ingredient in the production of crop nutrients in the 20th century, having radically changed how fertilizer crops were grown. It allowed more food yields for the world’s growing population but there are many cons resulting from its overuse.

Researchers looking for answers on how to fight the poor water and aquatic quality due to nitrogen contamination have focused on plant genomes at the HudsonAlpha Institute for Biotechnology in Alabama. Thus, James Schnable, a professor of agronomy and horticulture at UNL, explained that growing more plants with nitrogen already in them may help decrease costs and mitigate environmental issues. “Plants with better nitrogen efficiency would mitigate some of the problems of excessive fertilizer because we could reduce the amount of nitrogen required to get the same yield,” Mr. Schnable said.

Researchers have focused on sorghum, a water and nitrogen resistant cereal plant, trying to edit the genes of the plant to allow for more nitrogen efficiency. If successful, it could be key to solving food insecurity issues. The next step is to use the art LemnaTec High Throughput Plant Phenotyping system to analyze how much nitrogen is in the plant and whether or not the gene editing was successful.