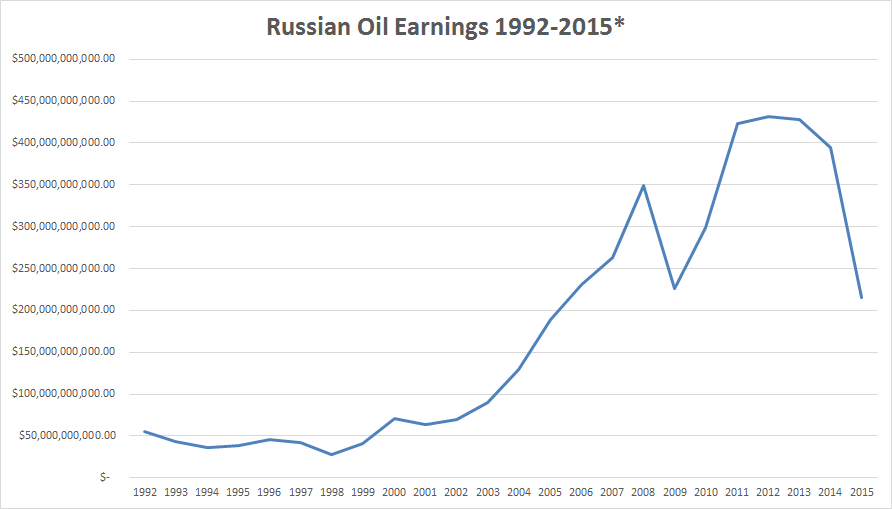 Russia’s finance ministry has suggested that the calculation method for the mineral extraction tax for oil companies should be changed. The change should include also the so-called “rouble deduction”, which would substantially increase revenue. It is estimated that the plan would raise an additional 1.6 trillion roubles between 2016 and 2018.
Last December, an adjustment to the country’s oil and gas taxation was made to benefit oil companies that export most of their crude and high-grade products. The change sought to redistribute Russia’s tax burden between export and domestic sales by decreasing almost half of export duties on oil over 3 years while raising the mineral extraction tax. This adjustment had, however, a negative impact on domestically focused producers.
The new plan comes at the time when Moscow is struggling to support its budget as the continuously weakening price of oil has had negative bearing on government revenues, which mostly depend on energy taxes. The new methodological change would include a change in the calculation of the cut-off price of $15 per barrel, which is used to determine what part of oil companies’ revenues does not need to be taxed.
Currently, the cut-off price is converted into roubles based on the exchange rate at the time when the tax is paid. The finance ministry predicts the rate to be 63.5 roubles per dollar in 2016, 64.8 roubles per dollar in 2017 and 65.8 roubles per dollar in 2018. However, under the new proposal, the 2014 exchange rate indexed by inflation would be used for conversions. A dollar/rouble exchange rate would thus be 43.8 in 2016, 47.1 in 2017 and 49.8 roubles in 2018. As a result,a bigger proportion of oil companies’ revenues would be subject to the tax.