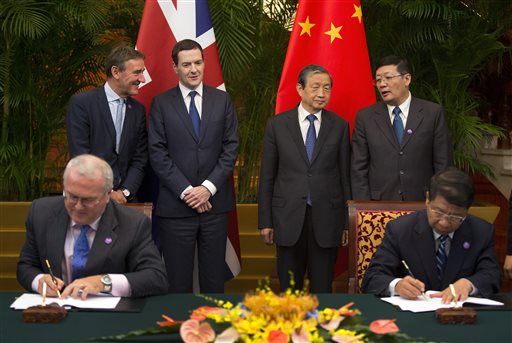 The United Kingdom has announced that it would guarantee a £2bn deal that will lead to a final investment decision on the Hinkley Point nuclear power station, the delayed project by French energy company EDF. The project also includes a reactor at Bradwell-on-Sea in Essex. Chancellor George Osborne said that the contract broadens mutual cooperation between Britain and China on the construction of nuclear plants. UK Energy Secretary, Amber Rudd, added that she wanted China to take the lead in constructing new nuclear plants in Britain.
France’s EDF welcomed the government guarantee but did not comment further whether it would resume working on the project. Earlier in September, EDF admitted that the Hinkley project in Somerset, which was aimed to start production of power by 2023, would be delayed. At the beginning of the year, the company announced that it would reconsider whether to invest in the nuclear plan or not. Apparently, it cannot cover the estimated £24.5bn cost of the construction on its own, which is why it has been searching financial partners to invest, mostly in China. Finding a partner without the government guarantee has proved difficult, which is why the government stepped in.
The new power station would be UK’s first new nuclear plant for two decades and is projected to generate power for about 60 years. Chinese Vice-Premier, Ma Kai, said during a joint news conference in Beijing that his country “wanted the UK to be China’s best partner in the West.” He added that “[this guarantee] paves the way for Chinese investment in UK nuclear [to help provide] secure, reliable, low carbon electricity for decades to come.” Mr Ma Kai also announced the plan to build a new £50m joint research centre for nuclear energy.