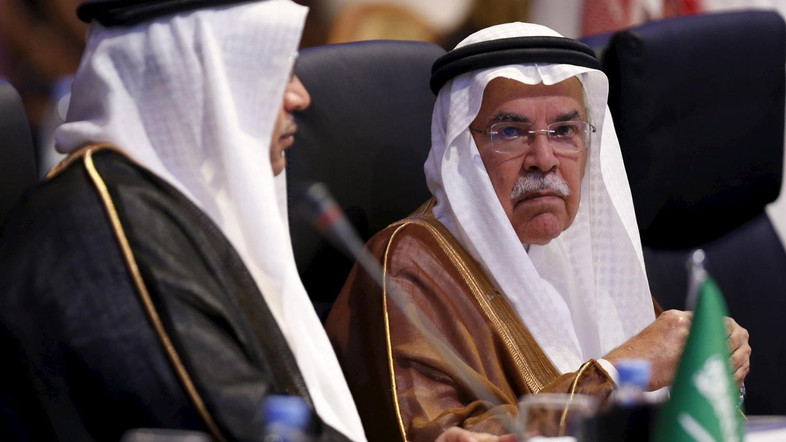 Representatives of Saudi Arabia said on Monday (23 November) that the kingdom was ready to collaborate with OPEC and non-OPEC countries to attain market stability. “The council (of ministers) … stressed the kingdom’s role in (achieving) the stability of the oil market and its continuous readiness and efforts to cooperate with all OPEC and non-OPEC countries to maintain the stability of the market and prices,” the cabinet said.

The announcement comes days before the cartel meets on 4 December to review its yearlong policy of not supporting prices. Following the comments, oil prices have gone up by $1 although the announcement only basically reiterated what Saudi Oil Minister, Ali Naimi, had said already last week. The cartel has been pushing other non-OPEC members, such as Russia, to join in cutting supply, which has depressed prices by more than 50 percent since mid-last year. So far, non-member oil producers have refused to do so which made OPEC reduce its own supplies.

Algerian Prime Minister, Abdelmalek Sellal, said on the side-lines of the Gas Exporting Countries Forum (GECF) Summit in Tehran, that leading oil market players should control output levels. “The main players in the petroleum market must certainly reach an agreement about the levels of production,” he said and added that “if the petroleum market is not controlled, it will witness strong volatility for prices”. Mr. Sellal also warned that this would hurt the “interests of producers and consumers and the whole petroleum industry”.

Some OPEC delegates, however, think that Russia is unlikely to decrease production alone. The cartel is generally believed to stick to its no-cut policy if major producers decide not to cut their production. Analysts and industry leaders tightly follow the news from the weekly Saudi cabinet meetings, which, however, only deal with energy policy in the context of an important speech of the kingdom’s oil minister. The April cabinet meeting issued a statement regarding oil policy, affirming its willingness to “participate in restoring market stability” if other major oil players also did so.