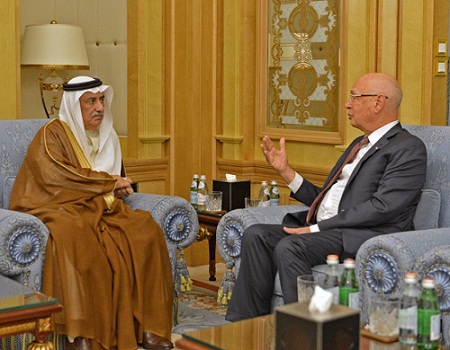 Saudi Arabia announced last week that it would be setting up a flagship fertilizer project in Bangladesh. Saudi Finance Minister Ibrahm Al-Assaf had accepted the Bangladeshi proposal to build a fertilizer plant in Dhaka. The project will be financed by private money and is expected to produce 750,000 tons of diammonium phosphate that will be used by both economies. Diammonium phosphate is often used in agriculture as a compound fertilizer when it is in the form of hydrogen phosphate. The details of the plan are, however, still to be worked out and sent to Ryiadh for approval.

During the negotiations, the ministers agreed to look into investment and trade opportunities between both countries. They have also discussed sharing experiences, training and funding. Bangladesh also appreciated the active involvement of the kingdom’s delegation at the 11th session of joint commission held last week in Dhaka, which urged Dhaka to send more of its doctors, nurses and skilled workers to Saudi Arabia. The Bangladeshi minister said that there are “several training centers throughout the country to develop human resources” adding that Saudi Arabia has agreed to send its own trainers to assist his country in its final stages of skills training. Currently, there are about 1.5 million Bangladeshi nationals in the kingdom.

Both ministers described the mutual relations between Saudi Arabia and Bangladesh as excellent. The South Asian country especially embraced the noble gesture of Custodian of the Two Holy Mosques King Salman toward Bangladesh over the years. The Bangladeshi minister signed a host country agreement with the Islamic Development Bank (IDB) in Jeddah commenting that “Saudi Arabia is a friendly country which has stood with Bangladesh in good and bad times”.