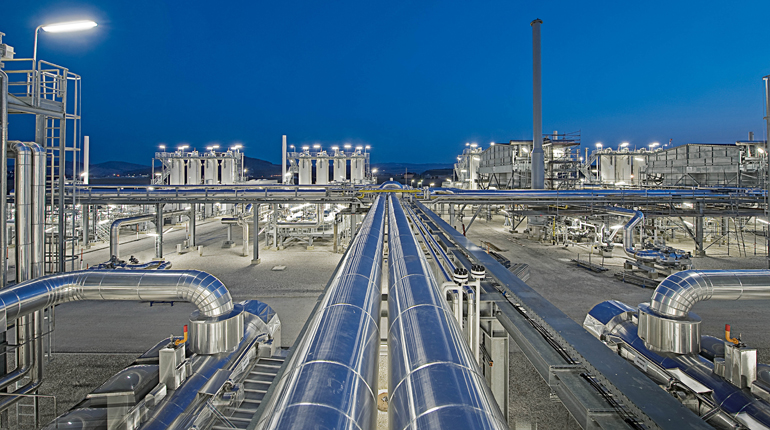 LNG (Liquefied Natural Gas), a natural gas (predominantly methane) that has been converted to liquid form, is projected to become one of the key energy resources in the future. LNG is essentially frozen natural gas that can be transported long distances in tankers. Its advantage, when compared with traditional natural gas, lies in the fact that LNG takes up to 600 times less space than the same volume of traditional natural gas. After the transportation step, LNG is transformed into CNG, which is compressed natural gas used in households or as a type of fuel used in cars. Part of LNG is used in industry, transportation and energy sectors.

The launch of the Exxon Mobile’s LNG transportation project in Papua New Guinea in 2014 brought about, among others, an unexpected decrease in global prices of natural gas. As a result of large LNG supplies from Australia and India, the Asian LNG market has become oversaturated. LNG suppliers have therefore turned their attention to former markets, which has lead to the revival of exports back to Europe under favorable conditions for demanding countries (flexible contracts and low prices compared to Asian countries).

For the EU, which is currently engaged in a dialogue on foreign policy with Russia, further diversification of energy resources is very meaningful. It is, however, important to note that 95 percent of LNG imports go directly to Western European countries. In order to fully utilize the LNG’s potential, Eastern Europe must be supplied too. However, the problem here stems from the fact that sufficient infrastructure has not been built to transport and process LNG. The pilot project is being launched in the Baltics where Poland is building the Swinoujsice LNG terminal to transport LNG to Latvia, Estonia and Lithuania. It is also vital that the investments in LNG infrastructure in Central and Eastern Europe are made by private investors to ensure a better effectiveness of the projects.

EU national governments should therefore adopt necessary legislative measures to build the needed infrastructure with neighboring countries. A successful construction of LNG infrastructure is a unique opportunity for Central and Eastern Europe to get rid of energy dependence on Russia.

(The study can be downloaded here: https://www.ceps.eu/system/files/PB333_Europe%20LNG%20Strategy.pdf)