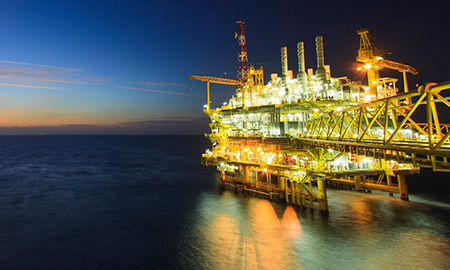 The Royal Dutch Shell Company has discovered gas in the offshore of Malaysia. The discovery was made at the “Rosmari-1” well which is located 135 kilometres offshore in Block SK318, and was drilled to a total depth of 2,123 metres.
During the exploration drilling in the well, the engineers encountered more than 450 metres of gas column which is deemed a positive indicator on the presence gas in this site, says Shell in a press release.
This new discovery “adds value to our existing assets in Malaysia and will help the company expanding and rejuvenating heartlands across our exploration portfolio, including in Brunei, Australia and the Gulf of Mexico”, stresses Mr. Andy Brown, Director Shell Upstream International.
Block SK318 is operated by Shell Upstream International which holds 85 pc stake in the project, while the remaining 15 pc are held by PETRONAS Carigali. The two companies signed in 2012 two new exploration and production sharing contracts worth 145 million US dollars.
These contracts show the Dutch company’s commitment to Malaysia where Shell already invests an average of around US $ 1 billion annually in the oil and energy industry.