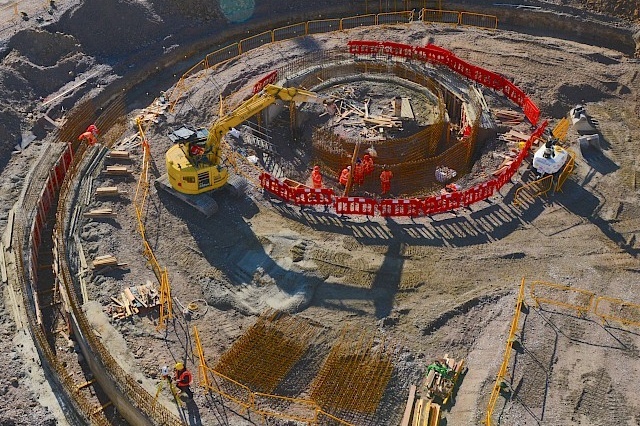 Anglo American has agreed to buy Sirius Minerals for $525m, saving the company building the UK’s biggest mining project in a generation. The agreement, which was reached by the boards of Anglo American, Anglo American Projects UK Limited (Bidco) and Sirius Minerals (Sirius), stipulates the terms of a recommended cash acquisition pursuant to which Bidco shall acquire the entire issued and to be issued share capital of Sirius. Anglo American announced this month that it was in advanced negotiations about a bid for Sirius, which has spent $1.2bn developing a huge fertilizer mine under a national park in the north-east of England. Sirius has struggled to finance the $3.1bn in capital needed to complete the project and has almost run out of cash, with its share price plunging 80 per cent in 2019. Under the terms of the acquisition, Sirius shareholders shall be entitled to receive for each Sirius Share 5.50 pence in cash.
The project Anglo American is taking on involves sinking two 1.5km shafts to access a vast deposit of polyhalite, a mineral that can be used as fertilizer but is not yet commercially proven, and building a 37km underground tunnel to transport the material to a port on Teesside. For this British multinational mining company based in Johannesburg, South Africa and London, the deal will diversify its portfolio – based around copper, diamonds, platinum group metals, and iron ore – and marks a return to the fertilizer business, which it exited in 2016. But there is also a potentially risky part of the deal: the polyhalite-based product that will be produced by the Sirius mine is not commercially proven.
“The addition of the Project supports our ongoing transition towards supplying those essential metals and minerals that will meet the world’s evolving needs – in terms of the undoubted need for cleaner energy and transport, and providing infrastructure and food for the world’s fast-growing and urbanizing population,” Mark Cutifani, CEO of Anglo American, said. Commenting on the acquisition, Russell Scrimshaw, CEO of Sirius, warned that “we now face a stark choice. If the acquisition is not approved by Shareholders and does not complete there is a high probability that the business could be placed into administration or liquidation within weeks thereafter. This outcome would most likely result in shareholders losing all of their investment, as well as put the future of the entire project, and its associated benefits for the local area and the UK, at risk.”