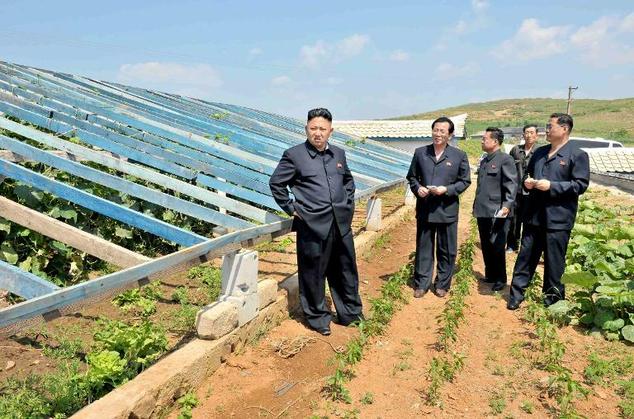 South Korea announced on Monday (April 27) that it would allow a private aid group to send fertilizer to North Korea. This move is one of few signals that sanctions imposed on North Korea after it had attacked a South Korean naval ship in 2010 are being slightly relaxed. The private aid group requested a permission from South Korea’s Unification Ministry to send 15 tons of fertilizer as part of the group’s charity project to construct a greenhouse farm in the North.

The approval was granted despite the ban on the provision of large-scale public or private aid to the poverty-stricken North. However, some forms of humanitarian aid have been allowed, such as medical supplies. In 2010, a North Korean torpedo sank one of South Korean naval ships killing 46 sailors, which triggered an immediate freeze in all economic or political relations with North Korea. Pyongyang denies responsibility for the attack.

Despite the approval of the fertilizer shipment, Seoul made it clear that this step did not automatically imply the resumption of a large-scale government support. “Large-scale fertilizer support for North Korea should take inter-Korean situations and public consensus into account,” the Unification Ministry commented. At the beginning of the 2000s, South Korea supplied up to 350,000 tons of fertilizer to the North every year on top of 500,000 tons of rice. However, in 2008, South Korean elections changed the liberal government for a more conservative one, which had an impact on the aid policy towards the North.

Food production in North Korea has made some progress in recent year mostly thanks to favourable weather conditions and some tweaks to its farm policy. However, the country still heavily depends on foreign aid to provide food for its people. Moreover, South Korea and North Korea are still technically at war, as the 1950-1953 Korean War did not end with a peace treaty but only with a truce. North Korea is also subject to sanctions by the international community led by the United Nations because of its missile and nuclear tests.