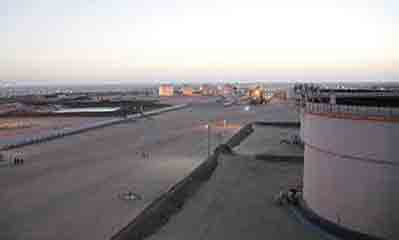 Libya had to close down the western El Feel oilfield on Saturday (April 25), due to the strike of the country’s security guards over salary. The oilfield is operated by a joint venture owned by National Oil Co. (NOC) and Italy’s ENI. NOC is Libya’s state oil firm, whose spokesperson, Mohamed El Harari, explained that “the field’s security guards are on strike because they complain about a delay of their salary payments”. He added that NOC had paid salaries to the security forces but security guards had not been paid yet.

It is the second time within one year that Libya was forced to close El Feel. Last year, the oilfield was blocked due to a closed pipeline valve. The closure of the valve was deliberately caused by a group opposing a self-declared government in Tripoli. Later, the country managed to re-open the field that produces about 100,000 barrels a day by having diverted the flows towards El Feel.

The group operating in the Zintant region is an ally of the Libya’s officially recognized government. The group has recently been operating from the east of the country after it had lost control of Tripoli in August last year. Before the first closure of El Feel, NOC had put the country’s production at about 500,000 barrels per day.

Last month, Libya’s output went up again despite new attacks on oilfields. Since the beginning of the year, two oilfields in central Libya were attacked and the Mabruk oil field was occupied again by militants. The repeated disruptions in oil production only underscore the difficulties for Libya – home to Africa’s largest oil reserves – to stabilize its oil sector amidst continuous fighting between various Islamist and secular factions.