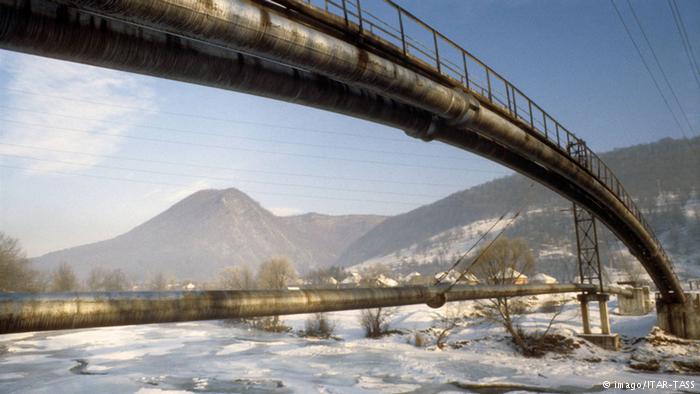 Sub-Saharan Africa will overtake Russia as the world’s number one gas supplier by 2040, according to the International Energy Agency (IEA), thus boosting the efforts of the European Union to decrease its dependency on Russian gas by investing in the Sub-Saharan development with a focus on the energy sector. EU policymakers and politicians are aware that importing liquefied natural gas (LNG) from Africa’s burgeoning gas sector would significantly diversify the EU’s energy portfolio. Dominique Ristori, the European Commission’s senior civil servant responsible for energy policy, confirmed that the Ukrainian crisis had spurred a push to another level of cooperation between the EU and Africa.

The situation in Ukraine underlined the EU’s “addiction” to Russian gas. Political and economic efforts to punish Moscow for the annexation of Crimea were limited by concerns that the Kremlin would retaliate by switching off the taps. In mid-October, the Commission published a first-ever analysis of the possible consequences of a halt or a disruption of gas supplies from Russia. In Africa, nascent gas sector is mainly driven by Mozambique, Nigeria, Angola, and Tanzania. Sub-Saharan Africa will be able to produce as much as 175 billion cubic metre per year (bcm/y) of natural gas by 2040.

By contrast, the United States will be able to produce more, about 240 bcm, driven by the shale gas boom in the country, while Russia will likely produce only about 130 bcm annually, IEA estimates. Sub-Saharan gas production went up from only 7 bcm in 1990 to 58 bcm in 2012, based on the IEA’s Africa Energy Outlook, presented on 29 October in Brussels. IEA chief economist, Dr Fatih Birol, also stressed that Africa has a “substantial” amount of new LNG sources which would not only significantly diversify Europe’s energy mix but also boost domestic power generation and industry. Dr Birol estimates that about half of the overall increase in gas output would be consumed at home. Nevertheless, there would be still a lot of gas for export and “Sub-Saharan Africa would remain a cornerstone of global oil markets while emerging as a major new player in the natural gas markets,” he added.