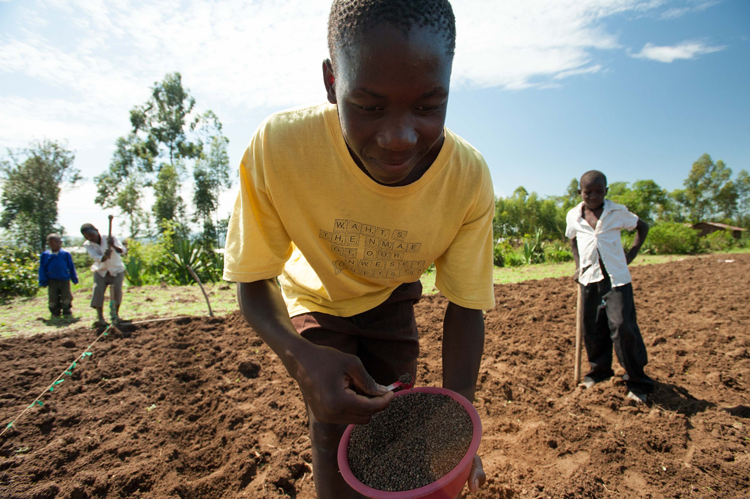 Africa has been earmarked as one the most important markets for mineral fertilizers in the coming years. The African Development Bank has reported that the continent has the potential to increase the value of its annual agricultural output of $280 billion in 2010 to $500 billion by 2020. However, looking closely at the relationship between “Africa” and “fertilizer”, two key words come to the fore: “potential” and “uphill battle”.  As InvestorIntel reported back in January 2014, while sub-Saharan Africa consumes about 750,000 tons of fertilizers a year, with the proper infrastructure in place, this number could increase up to 6 million tons.
A paper presented at an International Fertilizer Society (IFS) conference at Windsor in 2013 shed some light on the magnitude of this big task facing Africa. In particular, this paper pointed to the fact that while the continent is host to several potash mining projects, Africa also needs the potash, of course, along with phosphate. These two interlinked points raise a third important point: the development of phosphate and potash in Africa, together with the continent’s protracted food production problems, presents lots of opportunities, both for local farmers and investors, as well as for overseas capital.
However, the problem with this equation is that some projects are designed and realized with overseas markets in mind. For example, Australia’s Elemental Minerals plans to ship its Congo potash to the Brazilian market, while South Boulder Mines in Eritrea has foreseen selling the potassium to India. Yet, at the same time, cereal productivity for Sub-Saharan Africa has hovered at around 1 ton per hectare for the last 50 years, compared to more than 4 tons per hectare in developed countries. It is then hardly surprising that about 27 percent of Africa’s population is chronically undernourished. The IFS paper concluded that the low agricultural productivity on the continent is “largely due” to the limited use of mineral fertilizers, whereby Africa’s 8kg/hectare stands in a sharp contrast with the global average of 107kg/hectare. While Africa is certainly not short of raw materials – especially in North Africa (Morocco, Tunisia, Algeria and Egypt) which hosts substantial deposits of phosphate rock – most of those are exported. Thus, it is high time to face Africa’s fertilizer challenge.