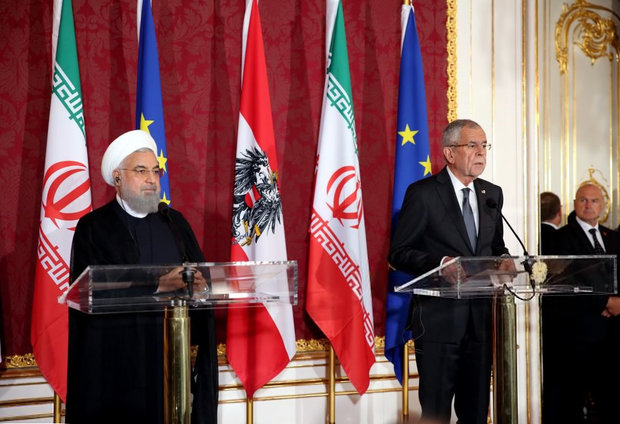 Iranian President Hassan Rouhani said that his country would maintain its firm stance against US threats to undermine Iranian oil sales, and warned that the White House had not pondered the consequences of such a decision, saying that the attempt to “reduce Iran’s oil import to zero is mindless”. During his official visit to Vienna, he also pointed out that “the Americans say they want to reduce Iranian oil exports to zero. They have talked without thinking carefully. It shows they have not thought about its consequences.”

Mr. Rouhani also added that US sanctions against Tehran are a “crime and aggression”, calling on European capitals and others to stand up to Washington’s policies against Tehran. The Iranian leader called it “incorrect and unwise” for the US administration to single out Iran as the only market it would block from exporting oil. In the past, Tehran had threatened to close the Strait of Hormuz, an important shipping route for Persian Gulf nations to the Arabian Sea. Mr. Rouhani’s comments came after a White House official promised to get the number of “countries importing Iranian crude down to zero”.

The United States is to re-impose sanctions against Iran in November amidst more than 50 companies announcing that they will leave the Iranian market. Brian Hook of the State Department commented that “we have been clear with countries and companies around the world that we are bringing severe economic pressure on Iran until the regime changes its destabilizing policies.” Mr. Rouhani is currently on a European tour trying to salvage Iran’s nuclear deal after Donald Trump announced a US pullout of the deal in May.