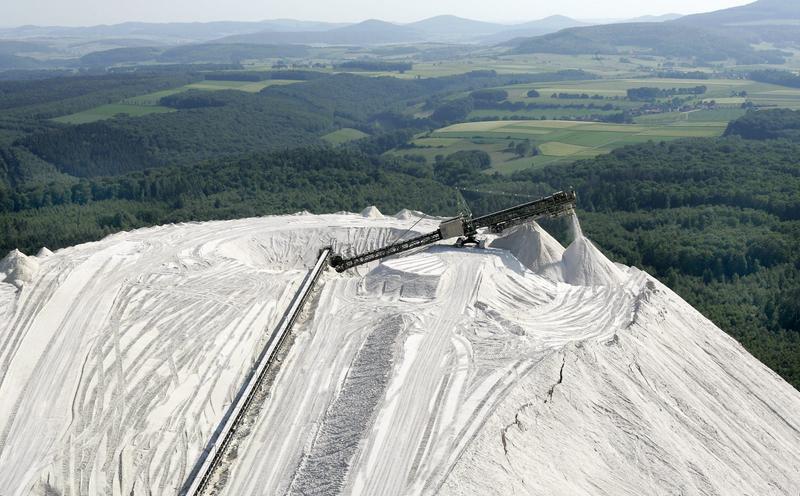 The potash market had some weather- and price-related ups and downs in 2019, but major market participants such as BHP remain confident that the top potash countries by production are set for a decade of robust demand. That’s welcome news for the sector — many potash-mining operations have closed in recent years, and some are waiting on the sidelines for better days and improvements in the potash price. According to the US Geological Survey (USGS), in 2019, “high inventories caused the major world producers to reduce production during the second half of the year. Belarus, Canada, Chile, Germany, and Israel all had temporary mine and plant closures.” The US Geological Survey states in its latest potash market summary that new potash mines are expected to come online in Belarus and Russia this year, along with expansions to existing potash facilities in Canada and Israel.

1. CANADA is the world’s largest potash producer, with potash production in 2019 growing by 1.3 million MT over 2018 production levels, having reached 13.3 million MT. Nutrien, the largest potash company, is based in the Canadian prairie province of Saskatchewan. The company is the result of a 2018 merger between two crop nutrient companies, Potash Corporation of Saskatchewan and Agrium. The partnership has “created a global agricultural giant” valued at US$36 billion.

2. BELARUS has seen its potash production drop slightly by 100,000 MT from 2018 levels to total 7 million MT in 2019. Output in the Eastern European country has been on an upward trajectory since 2016, when its potash production total came in at 6.4 million MT. Belarusian Potash Company is the country’s largest industry operator. Since Uralkali pulled out of Belarusian in 2013, its former partner, state-owned Belaruskali, has had a rocky road to recovery. Belaruskali has six mines and four processing factories.

3. RUSSIA’s potash production in 2019 was down to 6.8 million MT from 2018’s output of 7.5 million MT. Uralkali is Russia’s premiere potash company, as well as one of the world’s leading potash producers, accounting for roughly 20% of the world’s potash supply. The company has five mines and seven ore treatment and processing mills.

4. CHINA’s potash production has remained relatively the same from 2016 to 2019, at around 5 million MT. Potash is extremely vital in China – the country is the largest consumer of potash fertilizer, accounting for approximately 20% of world potash consumption. China’s domestic demand for potash fertilizer is overtaking its homegrown potash supply, making the country reliant on potash imports, especially for muriate of potash.

5. GERMANY has seen its potash production tick up slightly from 2016 to 2019, going from 2.7 million MT to 3 million MT. K+S is one of Germany’s leading potash miners and has a number of projects, operating six mines in three districts of Germany.

6. ISRAEL’s annual potash production has remained unchanged for the past few years, totaling 2 million MT since 2017. The country is sixth in terms of potash production, and it also hosts the world’s sixth largest potash-producing company: Israel Chemicals. The company produces roughly a third of the world’s bromine, which is often extracted from the same salt water and brine deposits that produce potash.

7. JORDAN’s potash production increased marginally to 1.5 million MT from 2018 to 2019, but the country still has yet to take back the sixth place spot it previously lost to Israel. Arab Potash Company, located in Jordan, is the eighth largest producer of potash by volume, and is the sole producer of potash in the Arab region. It has helped make Jordan a key potash supplier for India and Asia.

8. CHILE recorded production of 1.2 million MT of potash in 2018, the same as the prior two years; however, production dropped to 950,000 MT in 2019. One of the largest producers of potash in the country is SQM, which is also a leading producer of lithium. South America in general is a large consumer of potash.

9. SPAIN remained in ninth place for potash production in 2019, although its production rose slightly by 40,000 MT from 2018’s output, having reached 600,000 MT. This figure is down from 2016, when the country produced 670,000 MT of potash. Spain has potash reserves of 68 million MT. The company Geoalcali has a few potash projects in Spain, including Izaga, Muga and Sierra Del Perdon.

10. THE UNITED STATES bumped the UK from the 10th spot on the list in 2017, and continued to hold onto the spot in 2018 and 2019. Potash production in the US mostly takes place in New Mexico and Utah – New Mexico has four mines operated by two companies and Utah has three potash operations. The country put out 510,000 MT of potash for 2019, a relatively steep drop from 2014, when output totaled 850,000 MT of potash. US potash goes largely to the fertilizer industry, which in turn uses the fertilizer to increase crop production and crop yield, as well as to improve soil health and water retention in crops. Any leftover potash output is used in the chemical and industrial sectors.