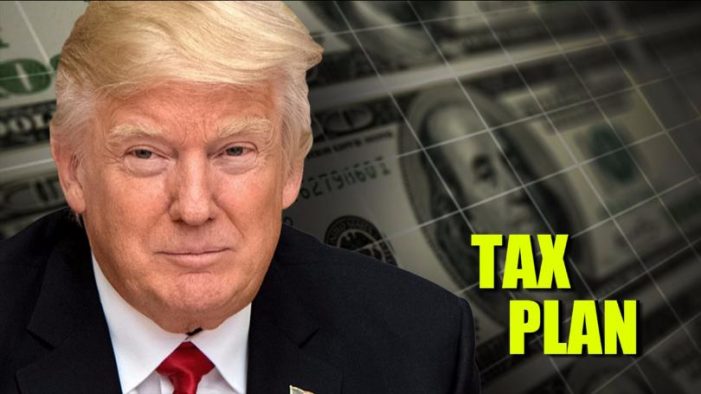 The sector that has seen the most profound break between Trump’s and Obama’s administrations is energy. The three officials in charge, Rick Perry at the Department of Energy, Scott Pruitt at the Environmental Protection Agency and Ryan Zinke as the head of the Department of the Interior share the same indifference on a number of issues including climate change. The idea that the US should be more self-sufficient when it comes to oil and gas is still very much prevalent as is their shared mistrust for renewable energy.

The tax reform was an opportunity for the administration to get rid of subsidies for renewable installations and clean mobility. The version of the bill passed by the House of Representatives suppressed the federal tax credit for electric vehicles, and cut both the Wind and Solar Production Tax Credit and Investment Tax Credit. This was the reason for a lot of anxiety for the supporters of renewable energy sources, as they are aware what the potential impact of this process might be, though the opponents of renewable sources did not relish long in their victory.

Even though they were supported by the House, the Senate is more pragmatic. One of the biggest supporters of the renewables is Senator Grassley, as his state, Iowa, became the first to generate more than 30% of its electricity from wind turbines in 2015. This meant that the final version of the bill agreed upon by the two chambers was a huge sigh of relief for the supporters of renewable energy sources. The text that was signed into law by the President on 18 December 2017 preserves the Production Tax Credit for wind at its current level and also the provision that was supposed to prevent earning stripping did not pass. This is good news for consumers, who are thinking of buying electric vehicles, as they are still eligible for a $7500 subsidy per electric vehicle.

While all this was happening, the solar industry was fighting on a second front against the import restrictions on solar panels. A petition against the import of solar cells and panels was filed by two companies, Suniva and Solar World Americas, before the International Trade Commission. They claimed that after being hit by antidumping duties in 2012 and 2013, the Chinese manufacturers had evaded this process by moving their production abroad, which lead to the growth of import of solar cells and modules by 500%. The prices also fell by 60%, which meant that most of solar companies, namely as many as 25 companies since 2012, in the US fell right with them.

The International Trade Commission agreed that the imports had caused major difficulties and suggested different possible options. The result was that beyond a quota of 2.5 gigawatt of cells, which will remain tariff free, solar cells and panels coming from all countries would be hit by a duty of 30% in 2018. Even if the environmental groups just had a sigh of relief when looking at the result of the tax reform, they should still be aware that the real winners here are the energy companies, mainly the oil and gas sector. The corporate tax cut from 35% to 21% will add them $1 billion to the profits of the oil and gas exploration and production firms, equivalent of a $1 a barrel increase in oil prices.

Looking at the foreseeable future though, things aren’t looking as good for small and medium businesses. These new laws will put pressure on them and other companies that are heavily in debt, as they will need to reduce their borrowings. Simply put, they might suffer a hard fall if they can’t up their earnings. Even though the oil and gas industry are the clear winners for now, it doesn’t mean that the renewables might not catch up with them in the near future.