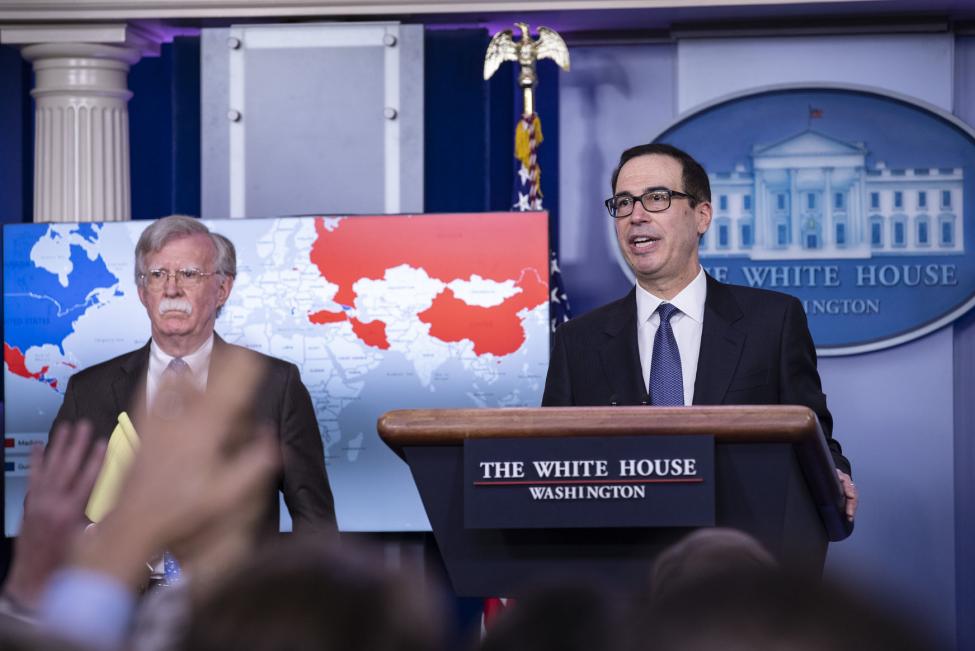 The Trump administration started this week by imposing sanctions on Venezuelan state-owned oil company PDVSA with the intention of curbing the country’s crude exports to the United States and putting pressure on President Maduro. Just before the announcement, Juan Guaido, who proclaimed himself interim president with US support last week, announced that the company would get a new board of directors. Mr. Guaido, who is being backed by most Western countries, says that Mr. Maduro stole his re-election and must resign to allow for new elections.

Mr. Maduro accused Washington of trying to steal US refining arm Citgo Petroleum, Venezuela’s most important foreign asset, which also manages a chain of US gas stations. He also said that his country would initiate a legal action. Meanwhile, what is widely seen as retaliation, it has been reported that PDVSA had ordered clients’ tankers waiting to load Venezuelan oil bound for the United States to pay for the shipments ahead of time or otherwise they will not receive the permit to fill the ships or leave the ports.

The White House sanctions stopped short of banning US companies from buying Venezuelan oil but because the proceeds of such transactions would be “blocked”, PDVSA was likely to stop sending crude to the United States, its number one customer. “If the people in Venezuela want to continue to sell us oil, as long as the money goes into blocked accounts, we will continue to take it, otherwise will we not be buying it,” US Treasury Secretary Steven Mnuchin commented and added that the crude already at sea and paid for would continue its journey to the United States. The White House commented that Venezuela would lose around $11 billion in exports proceeds over the next 12 months due to the measures.