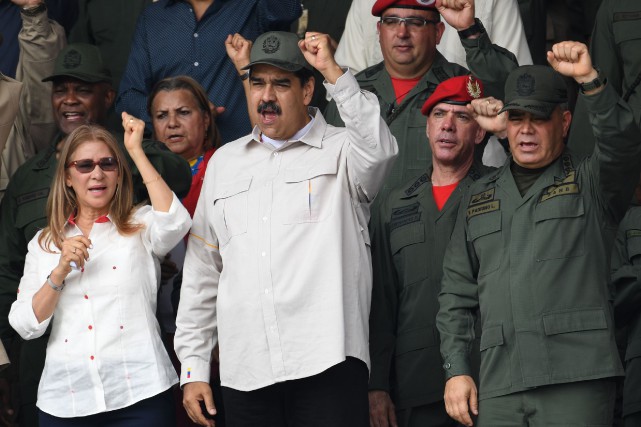 President Nicolas Maduro is trying to fight the sanctions imposed on Venezuela by funneling cashflow through Russian state energy giant Rosneft. The sanctions ultimately aim to oust him from power. The sales are the latest sign of the growing reliance of Venezuela on Russia as the United States is putting more pressure on the elite around Nicolas Maduro who the White House says is a dictator.

With oil accounting for more than 90 percent of Venezuela’s exports, the Venezuelan economy is suffering from years of recession and a sharp fall in oil output, while the country was struggling to finance imports and government spending even before Washington imposed tough restrictions on state company PDVSA in January. Nicholas Maduro has accused US President Donald Trump of waging economic war against his country. Thus, to ward off pressure from Washington, Nicholas Maduro has been negotiating with Moscow since January in an attempt to bypass a ban on clients paying PDVSA in dollars.

The Kremlin has publicly said that the sanctions were illegal and it would help Caracas weather them. Russian Foreign Ministry spokesperson Maria Zakharova commented regarding the US efforts to oust Nicolas Maduro in favour of his opponent Juan Guaido that this development “reaffirms our fears that US military action in Venezuela is not an abstraction, but a possible reality that is admitted in Washington.” PDVSA is believed to have started passing invoices from its crude sales to Rosneft. Rosneft pays PDVSA immediately at a discount rate to the sale price, bypassing the standard 30- to 90- day timeframe for finalizing oil transactions and collects the full sum later from the buyer.