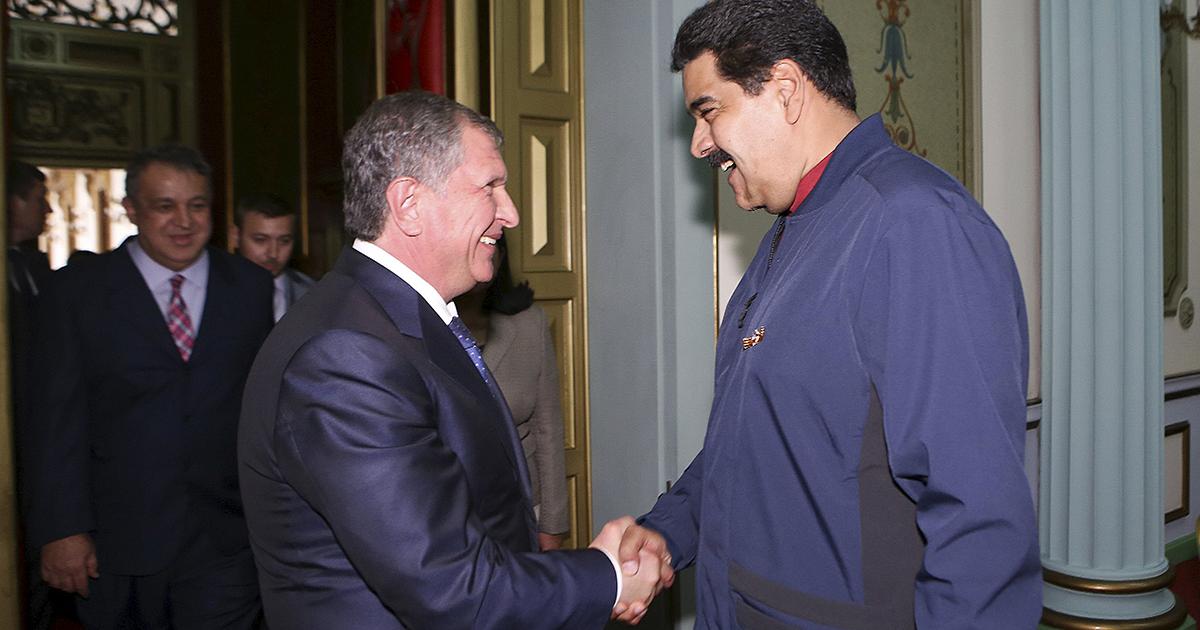 Venezuela’s President, Nicolas Maduro, announced that Russia’s oil giant Rosneft and his country’s state-run PDVSA have agreed on a deal bringing about $14 billion in investment in the South American OPEC member’s energy sector. Having met Rosneft’s CEO, Igor Sechin, on Wednesday (27 May), President Maduro commented that “we had a great meeting and agreed on investment of over $14 billion” adding that the funds would be used to double Venezuela’s oil output. Details of the investment plan have not been revealed just like it remains unclear who will pay for it.

Venezuelan PDVSA has set ambitious objectives to increase production to 6 million barrels a day by 2019 out of which 4 million is estimated to come from the Orinoco Belt. However, most analysts expect that it will be very difficult to meet the targets. Meanwhile, Rosneft has revealed that the projected $14 billion was its total amount of investment in Venezuela during the lifespan of existing and potential future projects. The Russian state-run firm already invested $1.8 billion in 2010-2014. Moreover, Rosneft’s own oil output in the country is projected to go up to 8 million tons per year (160,000 barrels per day) by 2019 from 1.6 million tons last year.

Venezuelan oil is hoped to eventually step in to help Rosneft meet demand as the company’s shale oil production in the United States and Canada decreased. Both companies moreover signed a new supply contract envisaging Venezuela to deliver 1.6 million tons of oil and 9 million tons of oil products to Russia over next five years. The new deal could be beneficial for both countries, as Venezuela and Russia have been hit hard by economic crises resulting from cheap oil and sanctions in case of Russia.