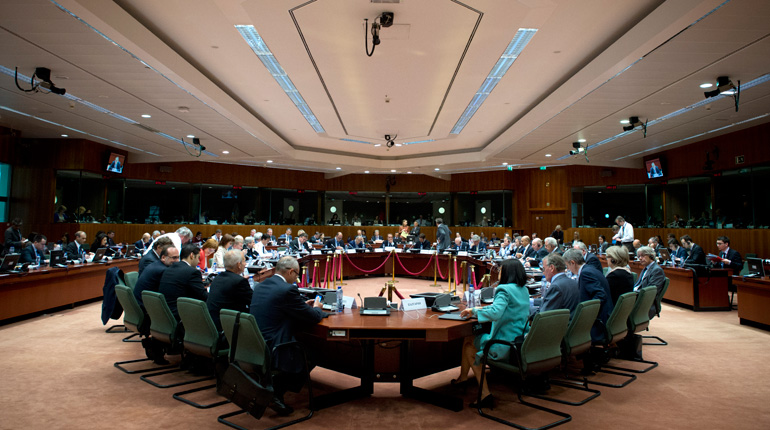 Why is the Energy Union one of the main topics of current debate in the European Union? In 2013, 53 percent of the consumed energy in the EU came from imports; 2/3 of natural gas and 85 percent of oil are imported. The shale revolution in the U.S. has reduced the gas and electricity prices and provided the American industry with a competitive advantage over the European one. The current conflict in Ukraine, the sanctions imposed on Russia, and the abolition of the South Stream project, i.e. building a gas pipeline from Russia via the Balkans to Europe, were the last events which only confirmed the need to find an answer to the energy situation. The European Commission reacted in February by accepting a framework strategy to create a resilient Energy Union with the help of progressive climate policy.

The goal of the Commission is the implementation of fundamental transformation of the energy system in the EU for the purpose of ensuring secure supplies of renewable energy which is competitive while accessible to consumers. The strategy promotes solidarity among Member States, diversification of resources, modernization of infrastructure, energy efficiency improvements, and decarbonization. The result should be a fully integrated internal energy market. One of the pillars is also the development and innovation of renewable resources, which should be achieved by means of new legislature as well as better implementation and enforcement of the existing one, or the support and financing of Member States’ activities.

The European Parliament has already in the past emphasized the advantageousness of an economically and physically more integrated energy market and the need for change – the proposal of the Commission has thus been welcomed and has been supported by many interest and non-governmental organizations as well. It has, however, been criticized mainly by the Secretary-General of the European Association for Coal and Lignite, who perceives the strategy as discriminatory against the progressive coal industry. Doubts are also being voiced by the representatives of Friends of the Earth Europe and Amnesty International, who fear the ineffectiveness of resource diversification among unstable regions, which are depressed by local conflict and where human rights are often breached. Concerning the Member States, Germany is the proponent of wider coordination, in contrast to Poland that sees the collective purchase of natural gas as incompatible with trade liberalization. The biggest opponents of the strategy are the Czechs and the Britons, who demand non-legislative approach, and also the Hungarians who are completely against the Commission’s involvement in energy policies.