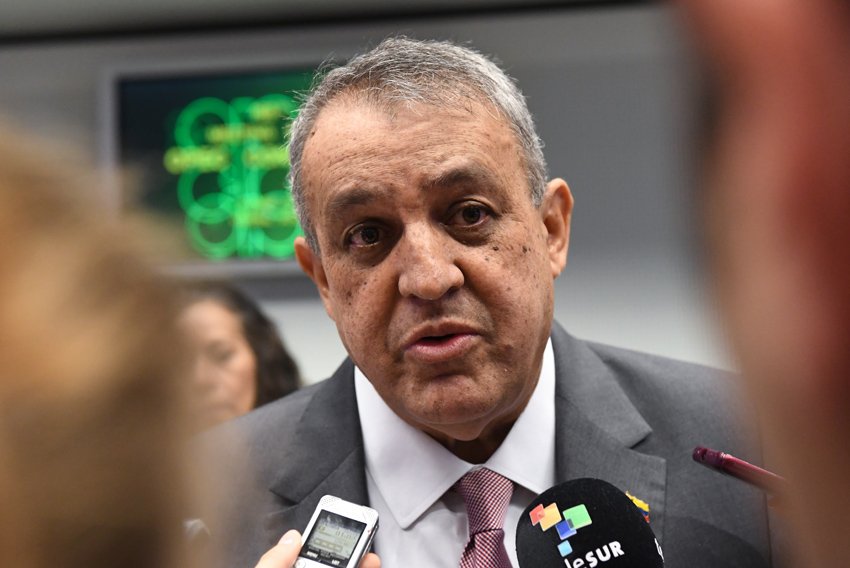 Venezuelan oil minister Eulogio del Pino said yesterday (16 June) that Iran would reach its pre-sanction oil output by September, which will revive the talks about a worldwide oil production freeze. Mr del Pino suggested that the freeze could be touched upon during the informal meeting of OPEC and non-OPEC producers in Algeria in September. He also said that he would like to present a proposal of “production ranges”, which would allow country members to fluctuate their production by certain amount.

Such a fluctuation would allow OPEC to avoid discussions of an output ceiling and individual production quotas. “We will have production ranges and will monitor them constantly. That would give flexibility to correct things real time,” he added. The fall in oil prices has had a very negative impact on Venezuela, which has seen its domestic production falling just like in many other producing countries. However, del Pino said the country was now recovering as recent rains have boosted power production, which is essential for the good functioning of oil fields.

“Venezuelan production is not out of control… Electricity supply restrictions have been removed today. Output is rising,” the country’s oil minister said. Venezuelan output is not expected to go up to 2.8 million barrels per day by the end of the year. The current production stands at 2.7 million bpd, which allows the country to export 0.6 million to China, 0.4 million to India, 0.8-0.9 million to the United States and keep around 0.55 million bpd for local consumption. He also added that Venezuela and China were still in ongoing discussions about credit lines and cooperation in the oil sector.