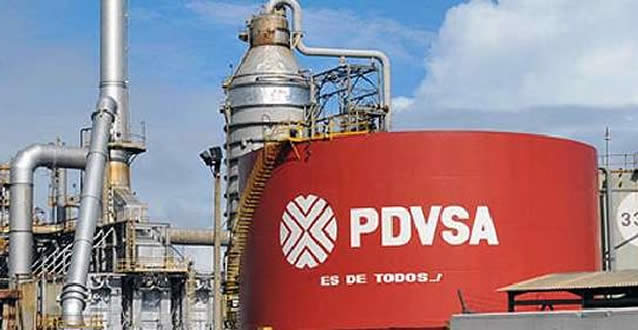 Venezuelan state-run oil company PDVSA expects that 2017 will remain to be a challenging year with more economic hardship likely coming along its way. The company’s finances are negatively contributing to Venezuela’s overall economic downturn, which is taking toll on the country’s people. Many Venezuelans are forced to skip meals, inflation is staggering and lootings of grocery stores are commonplace. Some economists estimate that the country’s gross domestic product shrank by 10 percent in 2016.
Between January and November last year, PDVSA saw an increase in oil production of about 5,000 from the 2.496 million barrels per day, which is more or less at 1993 output level. In 2017, PDVSA envisages that crude shipments to China will go up by 55 percent, likely due to the end of a grace period that both sides had negotiated. Oil exports to India are, however, forecasted to go down by 15.5 percent to 360,000 bpd. Unlike China, India pays for oil mostly in cash, so a decrease in shipments would likely worsen Venezuela’s financial situation and thus further harm the economy.
Venezuelan President Nicolas Maduro announced yesterday (15 January) that the country would circulate a new proposal to oil producers in a bid to prop up prices, without providing further details. “Venezuela, as of next week, will circulate a letter with a new proposal, a new formula for the stability of real and just prices so that it can be studied and debated by all the governments that have signed this deal,” he said in a speech. The Organization of the Petroleum Exporting Countries (OPEC) agreed at the end of November to curb production by 1.2 million barrels per day to 32.5 million bpd till end June 2017, in addition to 558,000 bpd of cuts agreed to by non-OPEC producers such as Russia, Oman and Mexico.