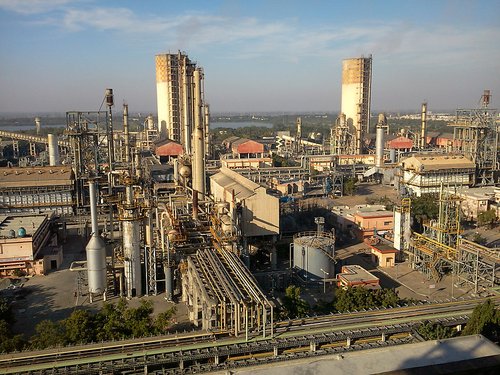 The Indian state of Andhra Pradesh is currently readying itself for three major industries entering its economy, including fertilizer sector with the Kribhco fertilizer factory near Venkatachalam. The factory along with other ventures is expected to boost the state’s economy by stimulating industrial growth and boost job creation.

The investment in the first phase of development for the Krishak Bharati Cooperative Ltd (Kribhco) is estimated to be around Rs. 600 crore. District Collector M. Janaki commented that “the factory is planned by the promoters in two phases. All infrastructural facilities and permissions are being facilitated. Foundation stone laying ceremony will be held next month.” Ms Janaki also added that Kribhco was among the three major industries being interested in the district. The state’s officials expect that these investments will lead to a significant increase in employment and job creation. Another prestigious project coming up is the Coca Cola unit in the Iffco Kisan special economic zone, which should be inaugurated next month. Moreover, the district has also attracted a textile part in Sullurupeta area, for which the State government was providing infrastructural facilities.

Krishak Bharati Cooperative Limited (Kribhco) is an Indian cooperative society that manufactures fertilizer, mainly urea, ammonia Argon, bio-fertilizers, hybrid seeds and heavy water. Kribhco is not owned nor controlled nor financed by the Government of India or by governments of individual states. Its main plant is located in Surat, Gujarat. Following the discoveries of oil and gas in Bombay High and South Basin, the development of eight new generation fertilizers plants was launched with the objective to fulfill India’s ever-growing food needs. Kribhco was among the first two projects in the first phase.