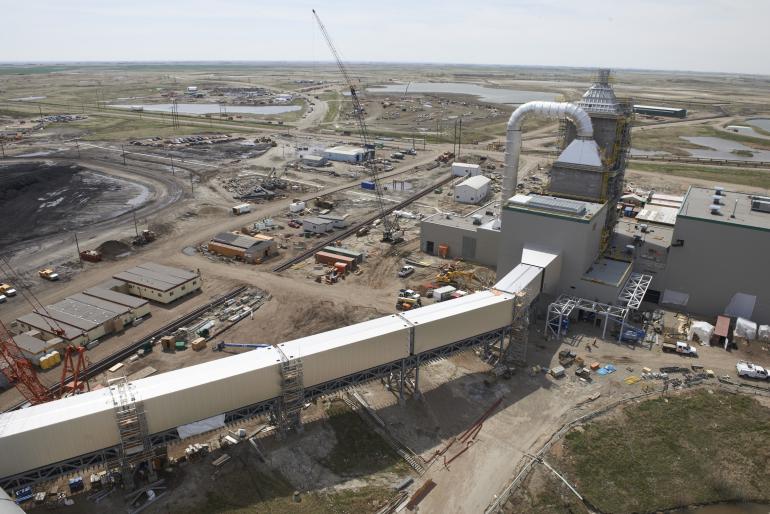 The world finally has its first large-scale power station equipped with carbon capture and storage (CCS) technology, marking a historic landmark on the way to create a low-carbon energy future. The new coal-fired power plant that has recently been opened in Saskatchewan, Canada, will trap about 1 million tons of carbon dioxide (CO2) annually. The trapped CO2 will then be injected into nearby oilfields to improve oil recovery. The brand-new power station began operating last month.

The executive director of the International Energy Agency (IEA), Maria van der Hoeven, said that the opening of the plant represented “a momentous point” in the history of the development of CCS, which is a range of technologies and methods that enable capturing carbon dioxide from fuel combustion of industrial processes. CCS can also transport CO2 via vessels and pipelines and store it underground. Ms van der Hoven added that CCS was the only known technology that would enable us to keep on using fossil fuels and at the same time de-carbonize energy sector. “As fossil fuel consumption is expected to continue for decades, deployment of CCS is essential,” she concluded.

The launch of Saskatchewan’s Boundary Dam has positioned Canada as a leader in CCS and its experience and knowledge will be crucial in the future. The IEA is convinced that CCS will play a key role in its ambitious plan to create a climate-friendly future by accounting for a sixth of required emissions reductions by 2050. According to the research conducted by the IEA, about two-thirds of current proven fossil-fuel reserves cannot be commercialized before 2050 without a major deployment. A number of CCS projects are under construction or in final stages of preparation. In early 2015, another power-CCS project in Kemper Country in Mississippi should start its operations. Other projects include, for example, numerous locations in the United States and Canada as well as in Saudi Arabia and Australia.