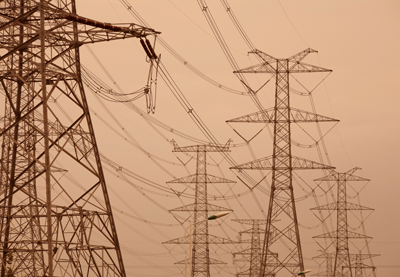 The International Energy Agency (IEA) has recently published the 2016 edition of its Key World Energy Statistics. According to the report, electricity is playing an increasingly important role in our lives with China being the world’s biggest producer, accounting for about 25 percent. The use of electricity globally has been on the rise over the past decades from about 10 percent in 1973 to almost 20 percent now.

The rise in electricity consumption has been driven mostly by its increased use in non-OECD countries, reflecting accelerating economic growth and enhanced electrification in emerging countries. In 1973, the OECD produced almost 75 percent of all electricity worldwide while in 2014 it was less than 50 percent. China, which has dominated the electricity boom, has not only become the world’s largest producer of electricity but also the largest coal producer, although the US is the biggest producer per capita as well as the leading gas producing country after Saudi Arabia but ahead of Russia.

The use of oil and natural gas has grown considerably in the production of energy followed by hydropower and renewable energy. Renewable energy has also been growing significantly at a rate faster than at any other time in history, which goes hand in hand with rising international investment in renewable energy. At the same time, demand for nuclear energy has decreased. In 2011, the world’s total expenditure totaled more than 6 trillion USD, or about 10 percent of the global GDP. Europe accounts for about a quarter of the total expenditures, North America close to one-fifth and Japan 6 percent.  However, the gap between the United States and Europe or Japan is much less in terms of energy consumption as American consumers pay lower prices.