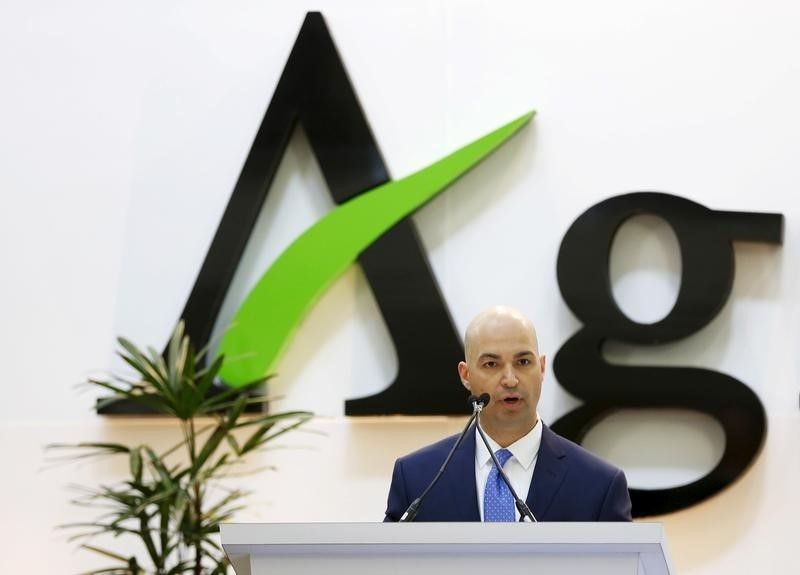 According to Agrium’s CEO Chuck Magro, the time is now right for the merger of his company with Potash Corp of Saskatchewan as falling crop and fertilizer prices might not yet even have hit their minimum. Mr Magro said that the market was still weak and the merger was coming up just in time, trying to make a pitch to skeptical investors for a $26 billion merger between the two companies.

“Are we at the bottom yet? We don’t know. We know there’s more upside than downside,” Mr Magro commented and added that that fertilizer demand was growing. “This is the time in the cycle where it makes sense to do mergers and acquisitions.” The planned merger of Potash Corp and Agrium will combine Potash’s nutrient production capacity with Agrium’s retail work. However, some investors are worried that the union would expose them more to the plummeting crop nutrient potash. US prices of potash, phosphate and urea fertilizers are the lowest in a decade and so do corn and soybean values as the oversupply of commodities has dragged down prices.

The giant merged company would be financially stronger and could accelerate Agrium’s strategy to boost its market share in North America among farm retail providers. The new company would also seek other acquisitions to expand globally, Potash CEO Jochen Tilk said and added that the combination makes “eminent sense.” Potash Corp and Agrium also released a more detailed breakdown of the expected $500 million in cost savings they expect to realize, including reduced purchasing costs and savings from combining fertilizer operations. The deal is to be finalized in mid-2017 after it has been scrutinized by regulators. Both companies are confident that the merger will not be of concern in terms of fertilizer pricing or competition.