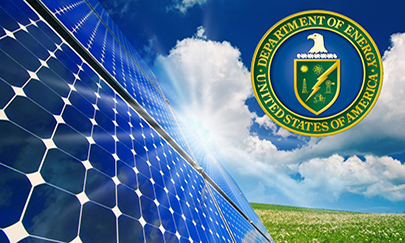 The United States Department of Energy recently announced that it had awarded 10 million USD to be divided between six research and development projects that would concentrate on thermo-chemical technologies for concentrating solar power (CSP) systems. The announcement came shortly after US President Obama had promised to make year 2014 a watershed year for solar technology. The recipients of the funding are the University of Florida, the Southern Research Institute, Pacific Northwest Laboratory, the Colorado School of Mines, UCLA, and Sandia National Laboratory.
All these institutes are going to work on the development of “novel thermo-chemical energy storage systems” with the target of attaining greater levels of efficiency in the storage of higher temperature and higher density solar systems. All the projects are also going to look at three different areas of thermo-chemical systems, which include carbonates, perovskite, and hydrites.  CSP technology uses mirrors that gather reflected sunlight onto receivers containing heat transfer fluids. From there, the fluids are channelled to heat water, which in turn produces steam that powers turbines. Mr Ranga Pitchumani, the chief scientist at the Department of Energy, said that the funded explorations would not raise the capacity of heat transfer fluids to keep and sustain energy for longer periods of time.
Mr Pitchumani added that thermo-chemical energy implies very compact storage while it uses less material, which in turn decreases cost. The CSP with thermal energy storage is a “key enabling technology” in the nation’s future energy generation mix. Although the entire industry faces some challenges, CSP is different from other types of renewable energy power generation, including the standard PV technology which uses thermal energy power generation storage technology. In addition, CSP is easy to adapt to work with traditional fossil-fuel power plants. Mr Pitchumani concluded that the best solution would be a win-win scenario for everyone. In his opinion, there is a tremendous potential for CSP to go through hybridization with fossil fuel plants as CSP with thermal energy storage enables greater penetration and manages existing traditional assets.