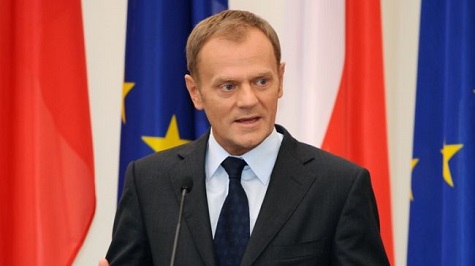 The call of Polish Prime Minister, Donald Tusk, for the European Union to assume a unified position when dealing with Russian natural gas exporter Gazprom is slowly gathering more and more support among representatives of EU Member States. Following his tour of EU capitals to promote his vision of Europe’s anti-Moscow gas policy, Prime Minister Tusk was invited to Brussels last week to present more details of his vision during an energy security conference alongside high-profile representatives of EU members but also EU institutions, most notably the EU Commission. Mr Tusk argued in his speech that just like the economic crisis prompted the creation of the European Banking Union, so could the current Ukrainian crisis helped kick off the plans for an energy union. As he put it, the only way to overcome this crisis was by going for a joint European approach. Since the annexation of Crimea by Russia, Poland has proven to be one of the most ardent advocates of a tough EU response against Moscow whereas Germany and Italy would like to see the EU to play it safe. Yet, despite their opposition, there are growing signs that Poland is slowly gathering back-up for its energy vision.
The Polish idea will, furthermore, include a report on energy security due from the European Commission on Wednesday (May 28). Based on the prior draft written earlier, there is still a need to “examine the potential for measures to strengthen the bargaining power of the EU and its member states vis-à-vis external suppliers”. Russia is the EU’s main supplier of gas, supplying approximately a quarter of its demand. Moscow is currently still locked in a price argument with Kiev, although some eastern EU Member States complained as well that they had to pay on average more than the EU average. Mostly those EU countries, which fully rely on Russian gas, are the most vulnerable to price battles. EU diplomats so far concluded that the Polish idea had its chances and even Germany’s Angela Merkel had not ruled it out.