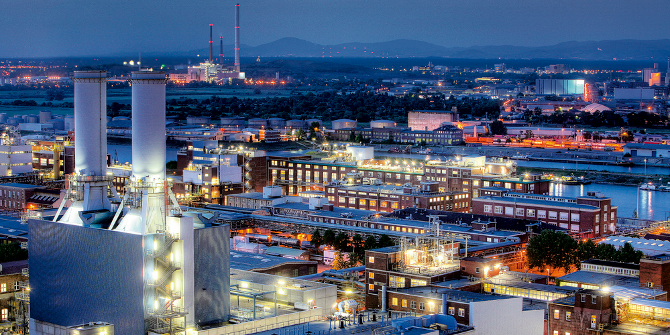 The main objective of the European climate and energy policy has been to ensure the sustainability, safety and competitiveness of energy supplies for its citizens. This goal remains one of the EU’s future top priorities as well. The next European legislation will have to cope with the difficult task of incorporating the different goals of the energy and climate policy into the European Union’s 2030’s strategy. The EU has so far been the only significant region of the world that has really sought to integrate its energy and climate policies. The Commission’s proposals for amending the Climate and Energy Package and adjusting the 20-20-20 targets for reducing carbon emissions for renewable energy and energy efficiency will now be, together with the Council of Ministers, approved also by the newly elected European Parliament.
Much has changed from the moment when the climate-energy package was introduced (namely economic and political crisis, the development of national renewable energy, and thus rising energy prices, but also in the overall changing global energy environment with the emerging new technologies, new sites, new markets) and with that the competitiveness and the price availability of energy, in comparison with other countries such as the US, has become an important factor in the energy and climate policies of individual EU Member States.
In relation to recent changes, the study titled ‘Redesigning the European Climate and Energy Policies post-2020’ stresses that value of the Commission’s January 2014 proposals to amend the climate-energy package as a good start and a basis for a new climate and energy policy framework for the period of 2030. The study also praises the EU for directing the climate and energy policy in a way that encourages industry, its competitiveness and growth and the security in delivering the energy supplies. Although the new policy direction seems to be on the right track, to ensure the timely achievement of its goals, Europe will still need to develop a set of specific measures and methods, which the Member States will be able to implement, and which will be adapted to the level of their industry and customer needs.
The implementation of the 2020 Climate and Energy Package has demonstrated the difficulty with finding the right balance between competitiveness, security of supply and sustainability, particularly during the protracted economic crisis. Moreover, the different policies of individual EU Member States designed to back the European climate objectives have lead to increasing problems in terms of energy prices and security of supply within energy markets. Though being obviously oriented towards sustainability with its 20-20-20 targets at the European level (meaning a 20% reduction in greenhouse gas emissions from 1990 levels; a raise of the share of renewables to 20%; and a 20% improvement in energy efficiency), the 2020 Package does not encourage the EU Member states to take an European perspective by coordinating their energy mix, security of supply and their energy transition policies.
Thus, the first objective of the EU energy and climate policy is to deal with the challenges linked to its security of supply both outside and inside its borders. Europe is in a vulnerable position, due to its significant and still growing dependency on imported energy – for example, while the EU already imported 53% of its energy consumption with natural gas in 2007, which back then represented 60% of these external needs, its energy import dependency is expected to reach 59% in 2030 with natural gas dependency accounting for 83%. Secondly, in terms of the security of supply, the reinforcement of the integration of the European networks in the near future is very much needed. The development of renewable energy by individual Member States will not bring many benefits because the governments will be forced to concurrently develop national back-up fossil fuel capacity in order to deal with the intermittency of renewables. Finally, the third important objective is to ensure that the EU energy and climate policy does not undermine – especially in light of the high-energy prices – the competitiveness of the EU economy.
To make the overcoming of the obstacles to achieving the objectives easier, it will be necessary to complete the internal energy market and to improve cooperation and coordination between EU Member States. The study concludes its assessment by suggesting that the EU as a leader in sustainability efforts and competitiveness – both of which are complementary rather than exclusive strategies – should do everything necessary for the climate agreement to be completed and signed at the 21th International Conference of the United Nations in Paris in 2015.
(This analysis draws on a research paper with the same title – it can be downloaded at http://www.egmontinstitute.be/wp-content/uploads/2014/03/EPB29-corr.pdf)