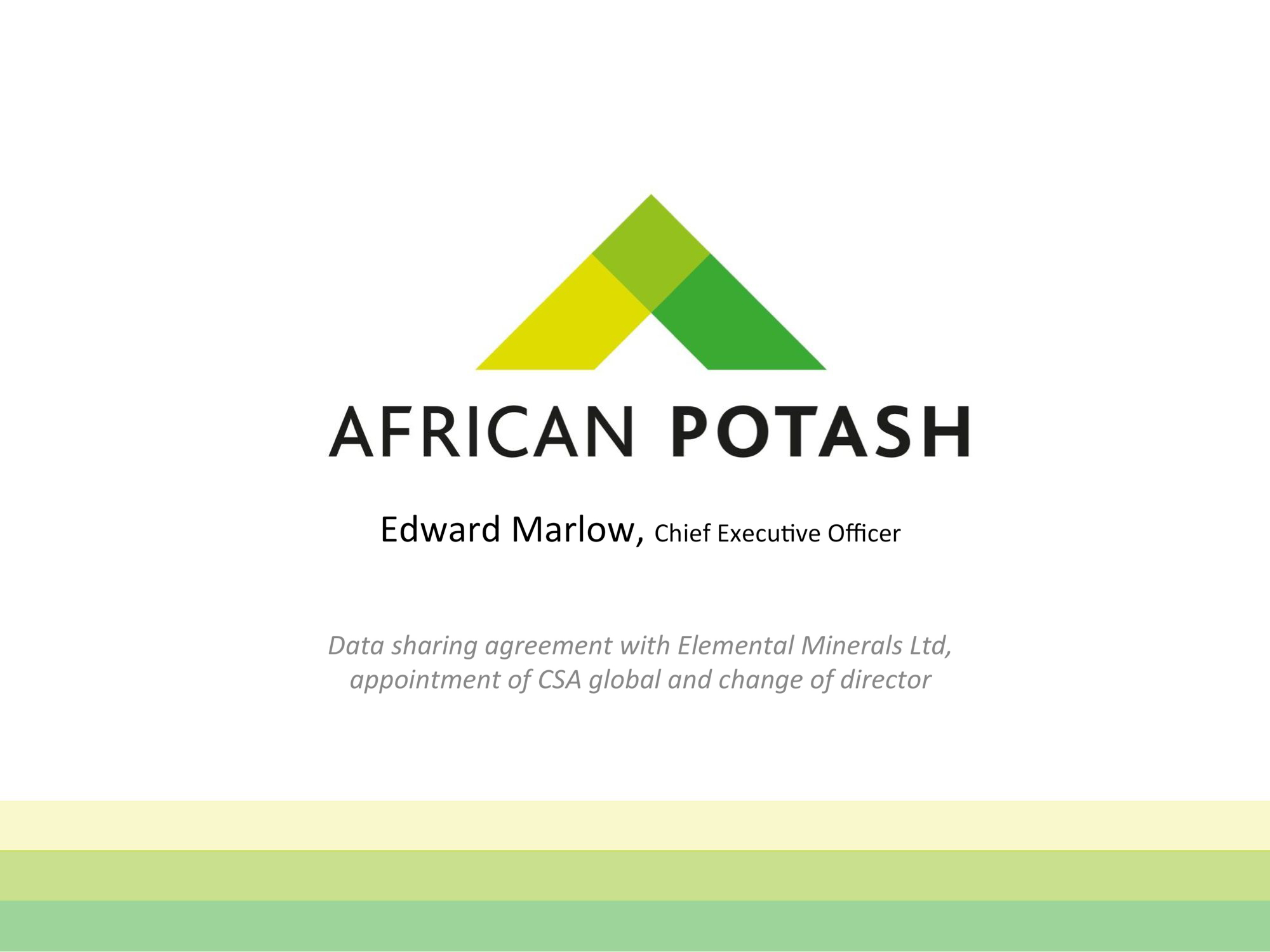 After the African Potash had signed a preliminary deal with an unnamed Malawian company, its shares soared by almost 24 percent. Under the agreement, the African Potash will provide approximately 50,000 tons of fertilizer annually over the first three years and will see the company sourcing and funding the provision of fertilizer using its proprietary network. The deal will moreover boost the company’s position as an important supplier for the Common Market for Eastern and Southern Africa. The first delivery under the tentative agreement is due shortly in the upcoming autumn.

African Potash says that Malawi’s potash consumption is quickly increasing. The company’s chairman, Chris Cleverly, explained that the use of fertilizer is expected to improve serious issues in the landlocked African country and increase nutritional levels. Child mortality, reliance on costly imported food and deforestation, among other critical problems, are all expected to be tackled by fertilizers.

African Potash is planning to set up and operate a vertically integrated system of mining, processing and marketing to succeed in the growing market. Africa is estimated to have the potential to boost the value of its agricultural production to $500 billion by 2020 and as such it is one of the key markets for fertilizers.

African Potash is focused on building a vertically integrated platform primarily within sub-Saharan Africa. As such, the firm also operates the Lac Dinga Project in the Republic of Congo, which is prospective for potash, a key source of potassium fertilizer. A drilling campaign was undertaken at the Congolese site about a year ago and results received from assays confirmed the presence of multiple potash seams. The results moreover proved laterally extensive potash mineralization, which is typical of the Congolese coastal basin.