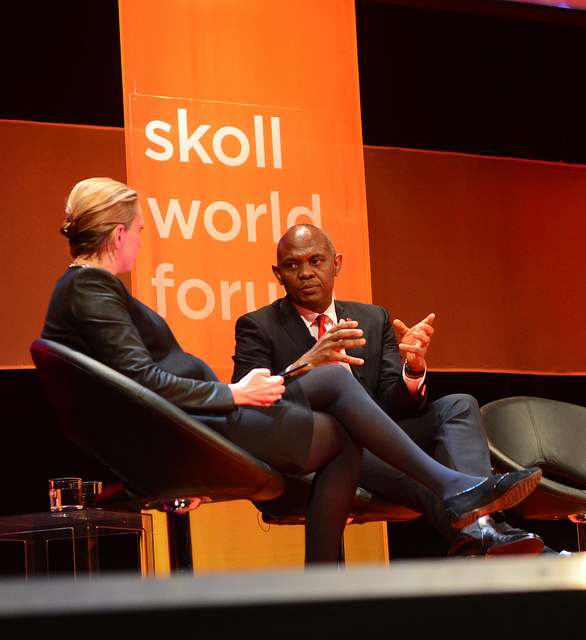 Nigerian banker and philanthropist, Tony Elumelu, spoke at the Skoll World Forum, which was held in Oxford in the UK last month, about Africa’s next big challenge. In his opinion, powering the black continent will prove to be a great task ahead. Africa, being home to almost one billion people, generates only about 4 percent of the world’s electricity, even though it accounts for about a sixth of the global population. The sub-Saharan Africa provides access to electricity only for about 17 percent of its population, which have likely motivated the region’s notorious label “the dark continent”.
Africa is a continent full of natural resources where economic growth outpaces many of the world’s most prosperous regions. Yet, universal access to electricity is far from materializing as the continent lacks a substantial sum of money to achieve this goal. Although the World Bank, the African Development Bank, and the Obama administration have devoted about 7 billion USD to this initiative, analysts say that this amount is only “a drop in the sea of what is needed”. The goal of the trio was to double access to energy in the coming five years, yet additional 300 billion USD will be needed to ensure universal electricity access by 2030.
Naturally, all of these goals have the potential of getting realized only if the money reaches the right places – mainly with the population and not end up in the pockets of the elites and those few rich ones. Given the enormous scale of this task, also the scope for innovation and investment is immense. With African companies experiencing about 56 days of blackouts annually, the energy industry might become a true driver for economic development in Africa.