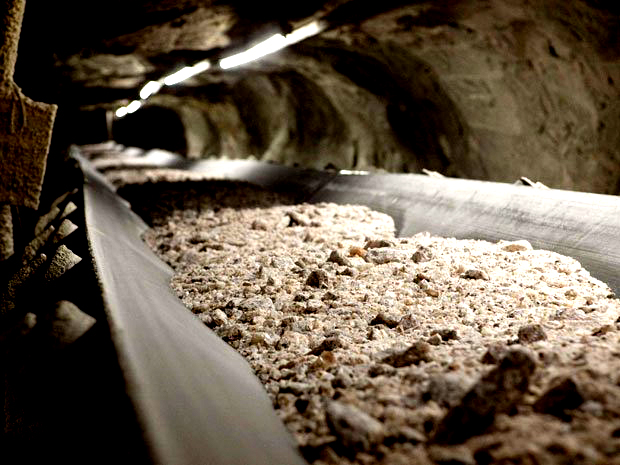 That Allana Potash has recently received a “buy” recommendation from brokers Whitman Howard, based in London, which is quite a rare ‘phenomenon’ these days in light of the relatively low price levels of potash that has effectively discouraged significant investment in the sector. To justify their company’s recommendation, analysts Roger Bade and Neil Pidgeon have explained that, at C35.5c a share, Allana is capitalized at around C$115 million and trades at “a very attractive” 75% to 90% discount to project net present value. Furthermore, they have stressed that “At current potash prices, a 40% discount to NPV looks more appropriate, particularly it seems likely that [Israeli potash producer] ICL would want to mop up Allana prior to a production decision. Buy.” Underlying this “buy” recommendation was the fact that ICL, as a 16.38% strategic investor in the company, could increase its share to 35% on the exercise of warrants and also includes an off-take for 800,000 tons of muriate of potash, or 80% of planned production.
Allana Potash’s promising future could also be traced to its Danakhil project in Ethiopia that has received its water rights from Ethiopia’s Ministry of Water, Irrigation and Energy – Allana was granted an exclusive right to extract about 30 million cubic meters of water a year, which greatly exceeds the requirements for planned MoP production of 1 million tons a year. In a separate development, as ICL keeps on testing the aquifer and commercial cavern work, talks on debt financing are proceeding well, while construction of loading facilities at Tadjoura Port in Djibouti are still underway. This project is strategically important for Africa which urgently needs its own source of potash to be able to address the problem of soil depletion affecting the whole continent. Therefore, with Potash demand in Africa rising at between 5 and 6 percent a year, and with potash projects in both Eritrea and Republic of Congo faced with problems, Allana Potash will likely remain Africa’s only potash producer for the near-term future.