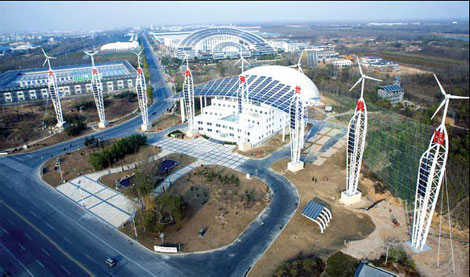 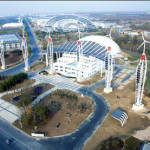 China invested last year, for the first time, more cash in renewable energy than the whole European continent, show the latest updated figures released by UNEP.
In 2013, Chinese investment in renewable totalled 56 billion US dollars, while Europe injected US $ 48 billion and the USA spent $ 36 billion in renewable and clean energy projects, adds the 2014 report of the United Nations Environment Program
India invested last year 6 billion US dollars for the development renewable energies, while Brazil earmarked US $ 3 billion, the lowest figure since 2005, according to the same source.
Globally, the investment made in renewable energies dipped 14 pc to US $ 214.4 billion in 2013 compared to previous year. This $ US 35.1 billion drop is partly due to the declining cost of solar photovoltaic systems. The other main cause was the uncertainty that affected investment in fossil fuel generation in 2013.
On the contrary, the Americas, excluding the United States and Brazil, have increased investment in renewables by 26 per cent (to US$12 billion) in 2013.