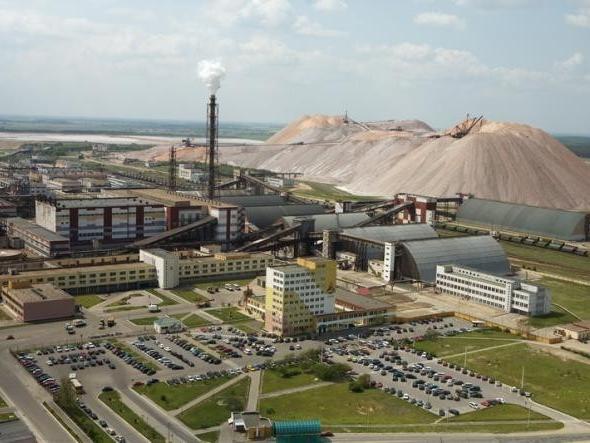 Last week Turkmenistan and Belarus launched a huge potash fertilizer plant worth more than $1 billion. The mining and processing factory in Garlyk is located in southeastern Turkmenistan and is capable of producing 1.4 million tons of the fertilizer. It was officially inaugurated by Belarus President Alexander Lukashenko and Turkmenistan President Gurbanguly Berdimuhamedow who both cut a ribbon. Both leaders inspected the enterprise and its production facilities.

Mr. Lukashenko left the following message in the Book of Distinguished Guests of the Factory: “The inauguration of the Garlyk mining and processing factory which embodied the best solutions and cutting-edge technologies with the participation of Belarusian specialists is a bright example of productive cooperation between our states. I am convinced that this unique high-tech production facility will make a big contribution to the enhancement of Turkmenistan’s economy and the development of the new mining and processing industry for the benefit of Turkmen people”.

The Garlyk plant is poised to export its products to China and India among other countries, thus helping Turkmenistan raise revenue and feed high domestic demand. The deposit of potash salts was discovered in 1964-1966 but the Soviet Union lacked necessary technologies for the development of a comprehensive production facility. In 2010, the Belarusian general contractor OAO Belgorkhimprom signed a contract for the turn-key construction of the Garlyk mining and processing factory with Turknenhimiya Concern. The Garlyk plant was developed and built by Belarus, one of the world’s leading producers of potash. Turkmenistan holds the world’s fourth largest natural gas reserves and seeks to diversify its economy away from gas.